KQ losses drop by 3 billion for first half of 2021 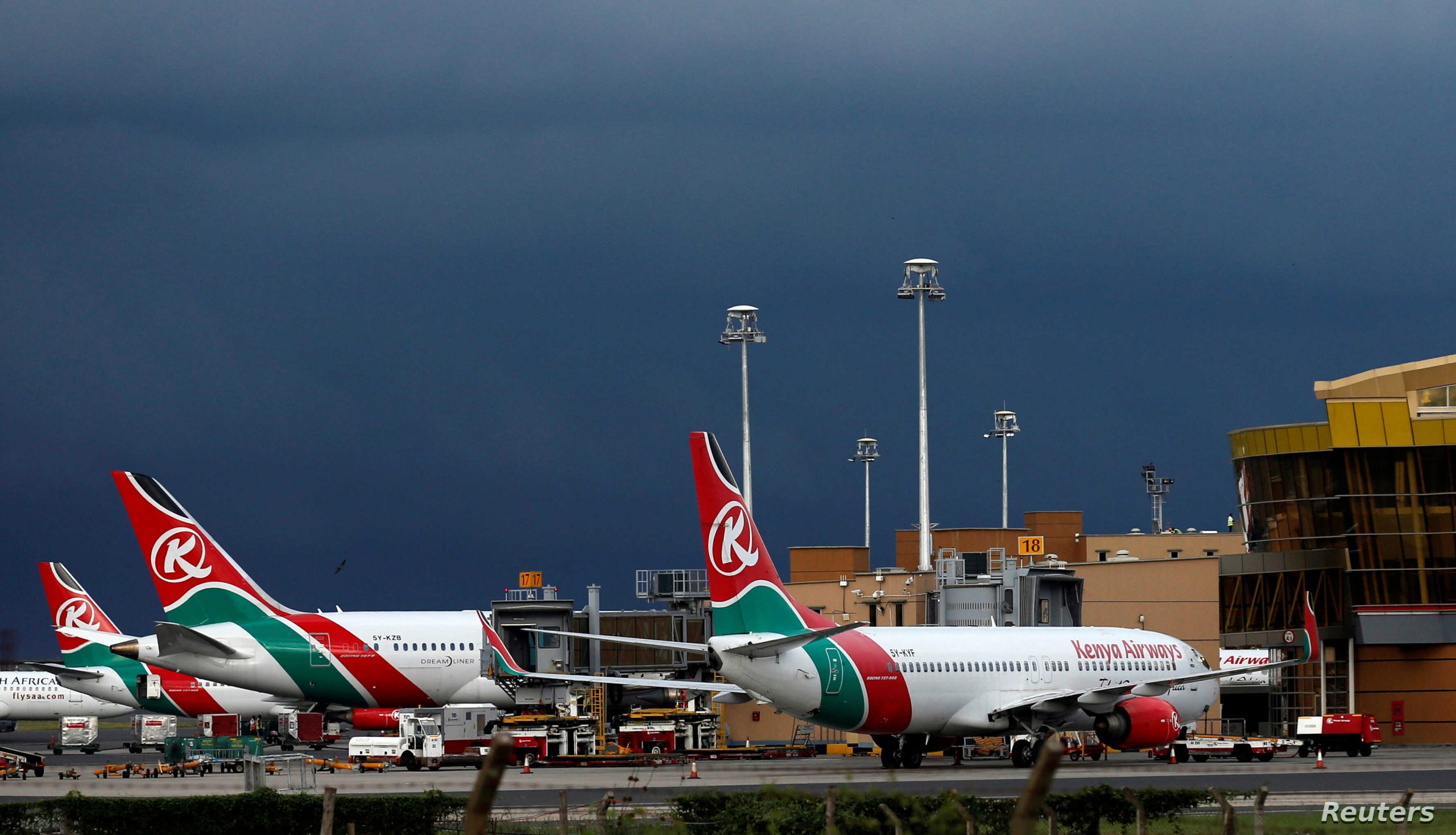 National carrier Kenya Airways (KQ) has trimmed its half year loss to June by 19.6 per cent to Ksh.11.5 billion from a wider loss of Ksh.14.4 billion last year.

The substantive loss cut is greatly attributable to yields from cost cutting initiatives taken across the six months which helped to partially offset a deceleration in revenues.

The airline saved Ksh.784 million in fuel costs from reduced capacity deployment despite not hedging against rising crude oil prices in the period.

At the same time, Kenya Airways saved Ksh.155 million from its workforce reduction and payroll cuts which were implemented earlier in 2020.

On the turnover front, revenues for the ailing carrier were down nine per cent at Ksh.27.4 billion with passenger revenues alone falling by Ksh.3.5 billion.

According to Kenya Airways Chief Executive Officer Allan Kilavuka, the management of the airline has taken deliberate efforts to cut costs as the carrier continues to fly through turbulence.

“The activation in terms of driving costs down is much more than our reduction in revenues even within the constraints. As management, we have been working extremely hard to keep costs down and conserve cash,” he stated.

Still in the red

However, despite the slight pickup in performance, KQ remains firmly in the red, a factor complicated massively by the stay of the pandemic.

“Our operations continued to be severely impacted by COVID. We are operating at about 30 per cent of our original 2019 capacity meaning we are still in a crisis,” said Kenya Airways Chairman Michael Joseph.

“The difficulties are compounded by a slow vaccination uptake, travel restrictions and lock-downs that have impacted our network.”

From flying daily to China in 2019, KQ now only makes two weekly flights to the destination. Its flights to India are suspended while it only flies once daily to Dubai from 12 times weekly.

The European Union (EU) has restricted entry to most African nationals deeming KQ prospects in the market while the UK still has Kenya on its red list.

The management of KQ hopes to keep pushing the company through the uncertainty by leveraging its newly found strength in cargo alongside other revenue diversification measures including its recently launched Fahari innovation hub.

At the same time, cost containment remains at the heart of the company which remains technically insolvent.

With a negative equity of Ksh.73.8 billion from a shallower hole of Ksh.64.2 billion in June 2020, KQ reckons it will still require financial support from its principals including government which makes for its majority shareholder.

“The financial situation of the company is precarious. We have a negative equity position which means we are insolvent. Definitely, the company is in need of financial support, this is not a secret as I have mentioned before,”added Mr. Kilavuka.

“We don’t have enough passenger numbers to support all our costs including the finance costs sitting in our books.”