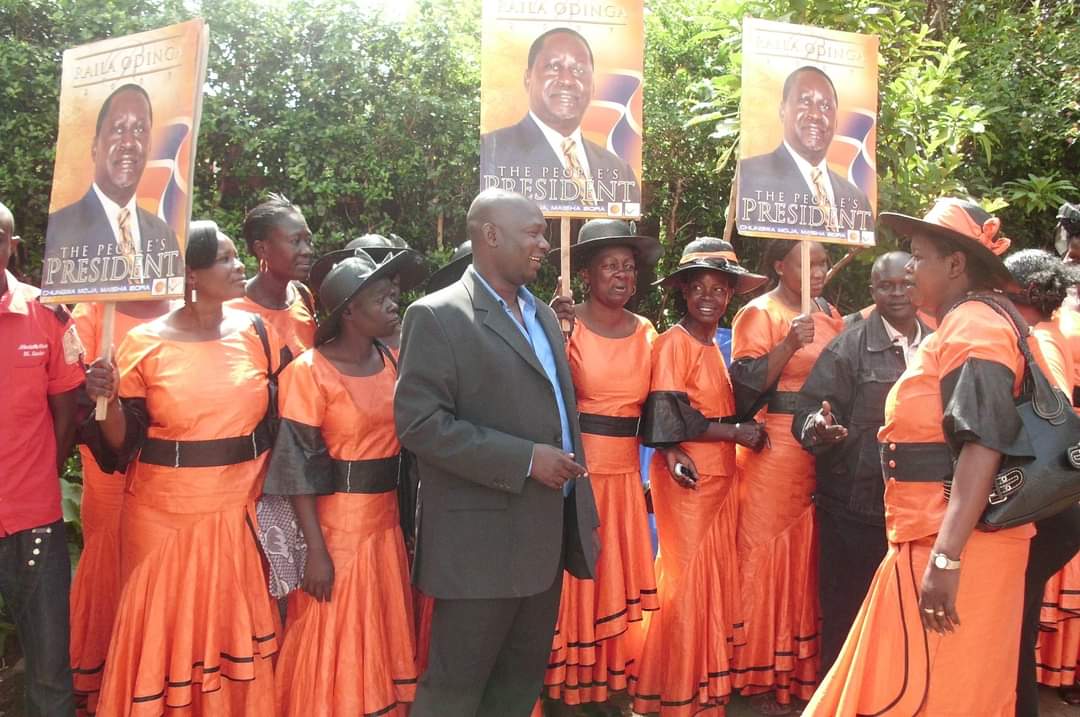 The eight groups drawn from the various neighborhoods in the ward have called for change in the ward leadership, noting that the incumbent David Mberia has had enough time since 2007 but has little to show for his tenure.

The groups statement was collectively read by Jemima Nyawira and Benson Ochieng.

” We need change bevause we have alot of issues that need to be addressed in this ward.This cannot be effected by someone who has had three chances but has misused them,”

The groups have lamented failure by the incumbent to adequately represent issues around financial support to businesses especially during the COVID-19 period.

They have also decried poor drainage and unequal installation of street lighting.

” Karen needs to be a special place of it’s own where businesses operate on a 24 hour base but some areas are not adequately covered in terms of lighting,” they said.

Oduk is seeking the ODM ticket against eight other aspirants.

He has said that he is.confident of delivering victory to the ODM party come August 9.

” This is firmly under control and l have no doubt that l will trounce them all in nominations then deliver the seat in August,”

Oduk is a business man and a political strategist as well