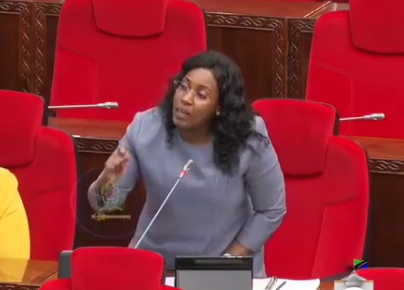 Nusrat Hanje, a female MP has taken to the floor of the Tanzanian Parliament telling her fellow MP’s to help Diamond win the BET awards.

The Tanzanian government has always been supporting the Musicians. The late president John Pombe was keen on nurturing artists.

He had placed Diamond and Harmonize at the Centre of his Campaigns.
He is set to face the Nigerians, Wizkid and Burna Boy.