Why City cartels wanted Sonko Out of office. 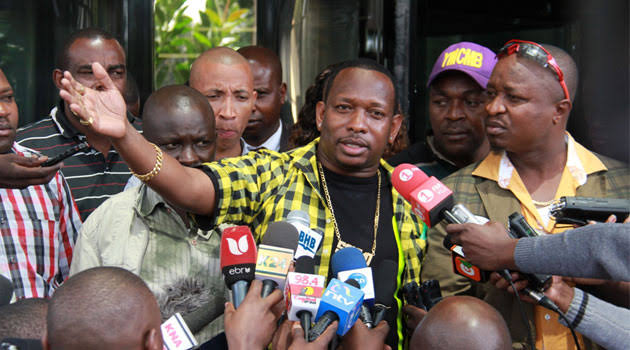 When Mike Mbuvi Sonko was elected as the second Governor of Nairobi county, the largest County in Kenya,the news was received in equal measure by the various stakeholders in Nairobi.

To the ordinary folk who constitute over seventy percent of the Nairobi City County population, his election was God send.

They finally had one of their own at the helm, and they believed that for once, their plight would make it to the highest decision making table,and on this Governor Sonko never disappointed.

Having worked with the masses for many years even before his election as Makadara MP, not only did he have an unparalleled grasp of the challenges the Nairobi residents faced, but knew exactly what to do,and without much ado, he hit the ground running.

Suddenly, hundreds of kilometres of roads were constructed,Public healthcare was back to life, thanks to his hands on approach that woke up sleeping public servants.

Water cartels were smoked out of town, with more slums and estates receiving their fair share of the precious commodity. New markets and fire stations were constructed in under two years, aimed at accommodating more traders and mitigating fire disasters.

Nairobi was slowly but steadily beginning to pull out of the problem it had been sunk into after years of mismanagement, with a shoestring budget.

To another twenty percent of City residents, who prefer to call themselves the middle-class, they really didn’t care much, largely due to their ingrained nature for politics.

However, to the remaining ten percent that owns and controls the city, Sonko spelt a disaster to the pilferage and profiteering that had become the hallmark of the City.

To-date, there are billionaires in Nairobi who made their wealth from supplying the atmosphere to City Hall. There are tycoons whose claim to wealth is unbelievable grabbing of public land and other utilities, at the expense of public schools, health centres, fire stations and recreational facilities for our children.

Sonko’s first crime in office was to put cartels to an abrupt stop. Cartels that for years parted ways with money out of City Hall in bags were starved of the dubious cash streams that had watered their illicit gardens of sleaze, and this never sat well with them. In fact, to a majority of them, the son of Kivanguli was an unnecessary nuisance.

For two years, Kabumba, as he is fondly referred to by his fanatical followers especially from the informal settlements,he had to be stopped, by all means.

While they burnt the midnight oil scheming his downfall, Sonko stood firm, cleaning up the mess that Nairobi had degenerated into for decades.

One of the primary strategies was to disparage and destroy his character, branding him as incompetent and incapable.

And the media publicity was rolled out in earnest. Fancy, sponsored newspaper headlines suddenly begun to run. All manner of things were said, from being called “the most dangerous man” to “Mr. Bombastic”, in complete ignorance of the monumental transformation the city had undergone in under two years.

They couldn’t believe that the man they dismissed from the outset as way below average, had finally demonstrated the audacity to do what they never wanted done since the mid 80’s.

The deterioration of Nairobi was a multi-billion industry that Sonko understood only too well, and annihilated effortlessly.

The negative media publicity never seemed to gain traction or achieve the effect they wanted, and the second gear had to be engaged. This involved roping in investigative and the anti-corruption agencies in an elaborate war, alongside the top leadership in the country.

Gross misinformation was peddled around the highest offices in the land, in the hope that anybody who mattered, including the President who remains a bossom friend of Sonko, would be sufficiently poisoned to believe that Nairobi had completely ground to a halt.

In December 2019, the City Governor was dramatically arrested on trumped up charges that he had received a bribe of three million shillings for awarding a contract of 357 million shillings. What absolute balderdash! Ever since, the case had morphed into a circus, with people who actually stole from Nairobi being converted into state witnesses, all in an effort to find grounds to convict the Governor,the strategy flopped again.

All through the prosecution, the Governor was barred from accessing his office. However, since he still remained at the helm, a different gear had to be engaged by the cartels. It was three years since he had assumed office, and time was running out. The merchants of deceit had to urgently lay their itchy fingers on the purse of Nairobi, granted that it was less than two years to the next general elections.

Then the perfect opportunity presented itself. Since the creation of the Nairobi Metropolitan Services guised as panacea to what was alleged to be the stagnation of the City, the Governor stood his ground that a lot of illegalities were being committed, which if unchecked, would come back to hound him. Unfortunately, nobody listened. And, granted the negative publicity against him that had run consistently for two years, even the public was beginning to believe that the Governor was not performing. What with the dramatization of the coloured pavements that were installed across a few streets in the City centre?

The Governor’s refusal to Assent to the Finance Bill 2020/21 was the straw that broke the camel’s back.

Sonko was accused of refusing to assent to an illegal budget that ignored the advisory of the Office of the Controller of Budget, while allocating a whooping 27 billion shillings to the amorphous entity called the NMS, while literally incapacitating retained functions outlined under Schedule Four of the Constitution through budget starvation. Critical sectors like education were crippled, alongside others.

A plan to impeach him from office was hurriedly hatched. Hungry Nairobi City County Assembly members were rallied. Within no time, the Governor was hounded out of office in one of the most shambolic processes ever witnessed in Kenyan history, a process that was upheld by a gravely compromised Senate, which has recently morphed into a gun-for-hire for state mandarins out to decimate devolution.

To this day, Kenyans have never known the names of the 88 MCAs who are purported to have impeached Sonko, contrary to that being a requirement by law that was elaborately agreed upon at the Senate, including the submissions by Kenya’s longest serving Attorney General and Busia Senator Amos Wako.

MCAs are up in arms, demanding accountability from a mute NMS that consumed 27 billion shillings of city residents.

Covid-19 emergency funds have been embezzled, reversing the confidence Nairobi had regained with the donor community under the tenure of Sonko. Garbage heaps have become the norm across the City, with some estate in Eastlands having piles that have accumulated since April last year was recently aired in one of the major TV stations, posing innumerable threats to the lives of frustrated residents.

As of today, some 500 million shillings have been earmarked to pay a select clique of contractors allied to the cartels that ousted Sonko.

The most bizarre thing about the planned payments is the fact the money is meant to pay for services under Roads and Environment, functions that currently fall squarely under the NMS whose allocation they cannot account for, at the expense of retained functions like education, trade, disaster management and other core functions that are crippled.

This is over an above another half a billion shillings that was mysteriously paid out to lawyers earlier in the year. The Ethics and Anti-corruption Commission purported to investigate the payments, then suddenly went mute, if the recent recents by Peter Imwatok, the Makongeni Ward MCA are anything to go by.

All these are coming at the expense of suffering City residents as services have ground to a halt, who have continued to bear the greatest brunt from the COVID-19 pandemic, endless demolitions of their homes and a County government that is held hostage by those who wanted Sonko out.

The intricacies of Nairobi City County demand robust political leadership that can only be availed by a popularly elected Governor.

A mere manager or even the highest ranking military officer cannot in a million years bring the county to order. That is why the exit of Sonko has seen the City County degenerate to something worse than what we had during the City Council days.

It is time the President intervened, and return Sonko to office before the City is completely razed down by the greed of insatiable individuals who initially instigated his removal, and now cannot agree on how to share the loot.

3 thoughts on “Why City cartels wanted Sonko Out of office.”