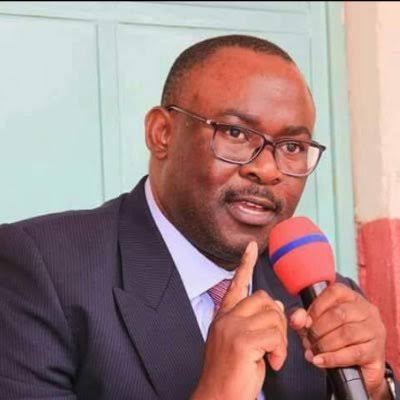 Pressure on Westlands MP Tim Wanyonyi to quit the Nairobi Gubernatorial race continues to mount even as fresh reports indicate that the second time legislator is ready for any form of structured dialogue.

Wanyonyi who is rated as one of the best performing MPs in the country was the first aspirant to declare his interest in the Nairobi seat.

He is facing tough opposition from Jubilee’s Richard Ngatia who has been tipped favourite to clinch the lucrative Azimio La Umoja ticket.

Other potential candidates are current Nairobi Governor Ann Kananu who is trying to put up a fight of her own and business magnet Agnes Kagure whose campaigns have not been as vibrant as the rest.

It is the tight battle between Ngatia and Wanyonyi that has attracted a lot of interest.Sources indicate that Wanyonyi held a high level meeting with close allies of ODM party leader Raila Odinga together with confidants of President Uhuru on the way forward and the possibility of him and Ngatia working together.

Its not clear whether Wanyonyi wants to deputise Ngatia or negotiate for an appointment in the national government but has surfaced is that he is not willing to defend his Westlands seat.

The political grapevine has it that Wanyonyi feels subdued by the fast rising Ngatia wave in Nairobi.

“Wanyonyi is our boss ,and from what we have seen his ready for talks and support Ngatia for this seat,”He noted

In the mix is Makadara MP George Aladwa who is reportedly plotting a working relationship with Ngatia.

Recently Wanyonyi has slowed down his campaign activities in the city ,and now considering to deputise Ngatia in the Nairobi gubernatorial matrix.