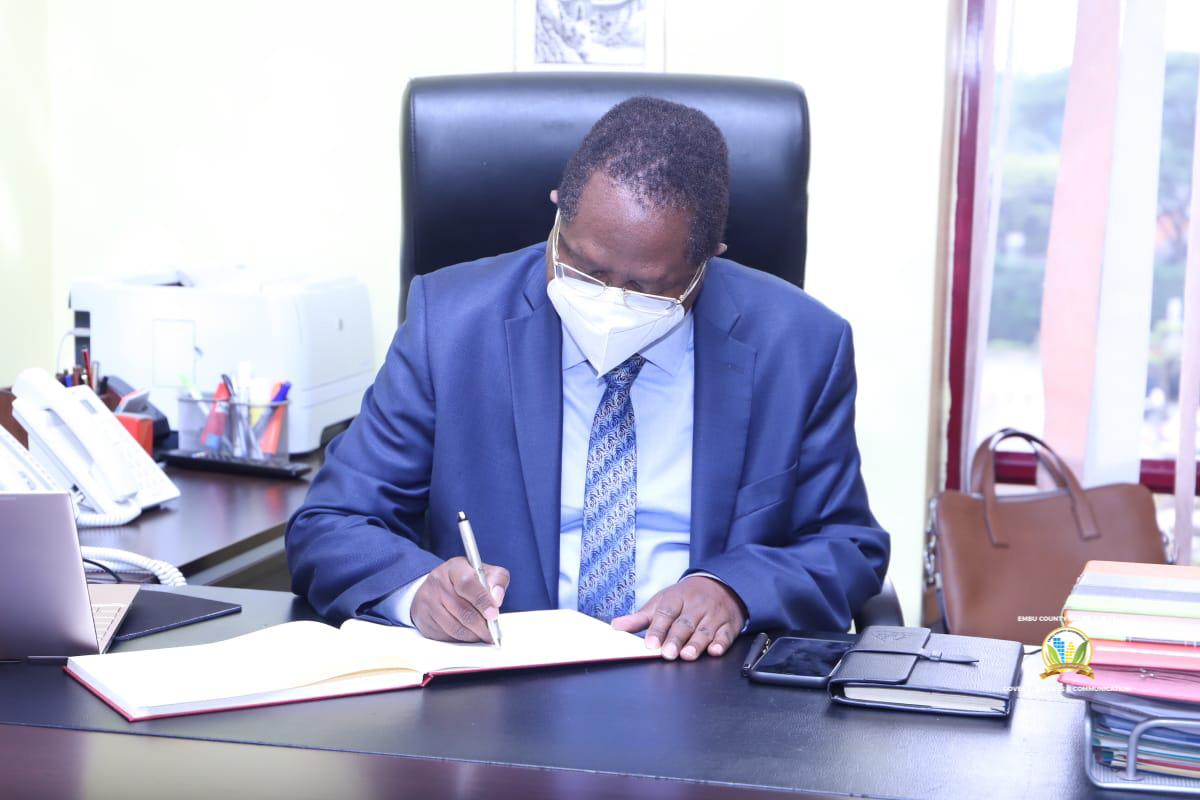 The issuance of the titles will benefit total 840 families residing in Kathita and Kimagaru slums.

Speaking during the issuance of the ownership documents ceremony at the Embu Talent Academy, Wambora said the County Government will embark on improving living conditions through the provision of infrastructure and strengthening security of tenure in informal settlements.

“More than two generations who have been living in informal settlements can now develop permanent residents and go about their business without fear of evictions” the Governor added.

Embu CEC for lands Jane Ndegi said the title deeds project was initiated in 2013 whose aim was to invest in infrastructure and service delivery interventions, enhancing tenure security planning and survey, strengthening institutions and project management and urban growth.

“The relationship between the County and National Government with regard to the implementation of the project has been well received and we hope to further bring services closer to the people living in informal settlements” Ndegi said.

Jubilant residents of Kathita and Kimangaru lauded the County Government of Embu and Wambora for securing their future through the presentation of ownership documents.

“From today, I will sleep soundly and without fear of eviction or demolition as it has s been in the past” Mzee Michael Ngari Njue from Kimangaru said.

The land ownership project was a joint initiative by the Embu County government, the World Bank, The Ministry of Housing and Urban Development and the Ministry of Lands.