Vihiga Queens to be Awarded Handsomely if they Win in CECAFA 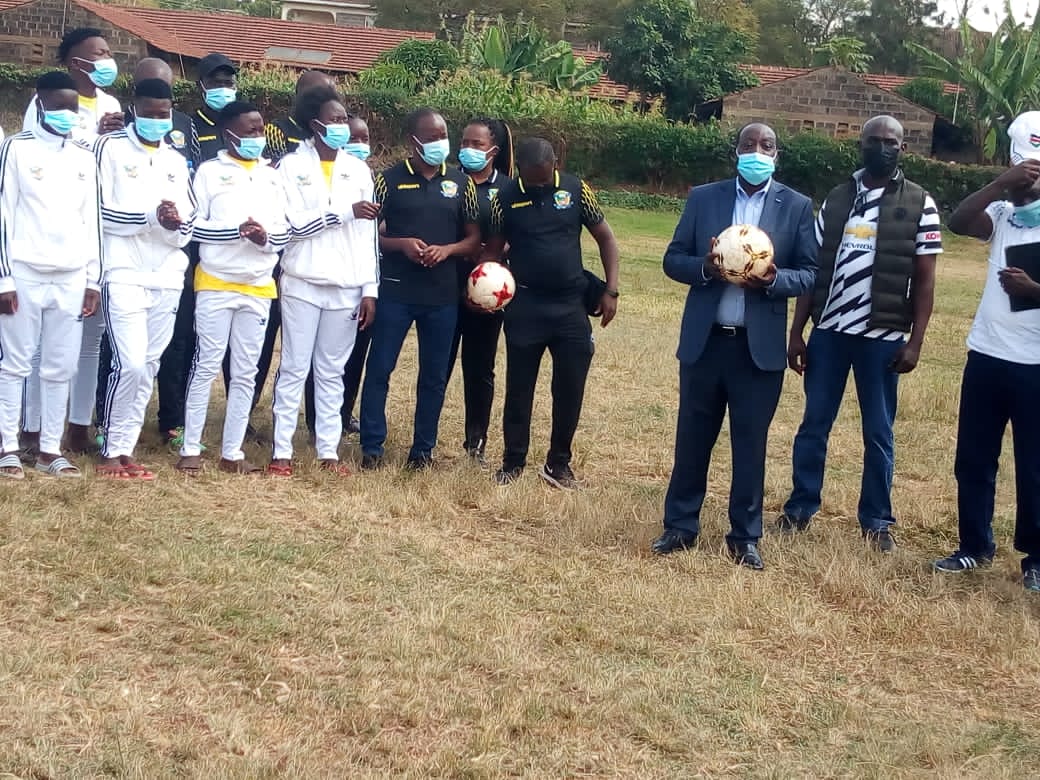 Vihiga Queens ladies football team will earn a plum goodies if they win this years regional Cecafa tournament that set kick off later this month in Nairobi.

Vihiga Governor Wilber Otichilo who visited the team at their training camp at the Kenya Institute of Special Studies(KISE) on Wednesday afternoon assured the team of maximum support from Vihiga county Government and a cool Ksh.1 million if they lift the trophy.

Otichilo who was flanked by several county officials that included Chief Executive Michael Senelwa, and a Member of the Executive county Victor Mulemi said his county will continue to support both Vihiga Queens ladies side and the men’s football side Vihiga United.

“As a county, we are proud of Vihiga Queens who have been the local reigning champions for three years. The team boast of six players in the National soccer team.I promise them a cash prize of one million if they win this years Cecafa tournament that will be held here in Kenya.I plead with Kenyans to turn up in large numbers and support our team during the tournament ” said Dr. Otichilo.

The tournament was slated to kick off this weekend but has been rescheduled for a later date.