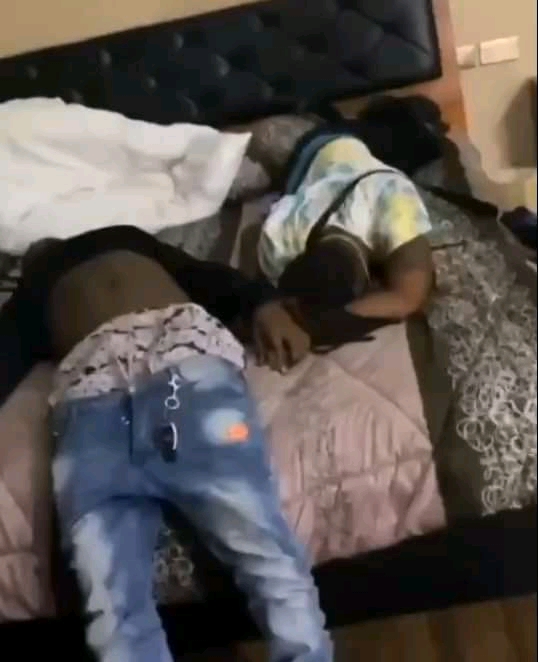 Police have launched investigations into the mysterious death of two Nigerian men who lost their lives during a night party hosted at Skyhorse Apartment in Kilimani, Nairobi.

According to a police report, one of the men died after jumping from the 7th floor of the apartment under unclear circumstances while the other collapsed and died in the kitchen while preparing a meal for the guests who had attended the party.

Two other men collapsed and were rushed to the hospital where they are fighting for their lives.

Police suspect that the men were drugged by three Kenyan ladies that they had invited to the party to provide them with escort services.

The three ladies aged between 22-25 are in police custody as investigations continue.

They have since been identified as Verah Osebe, Anastheni Manji, and Diana Moraa.

Here’s a video that was taken at the apartment where the incident happened.