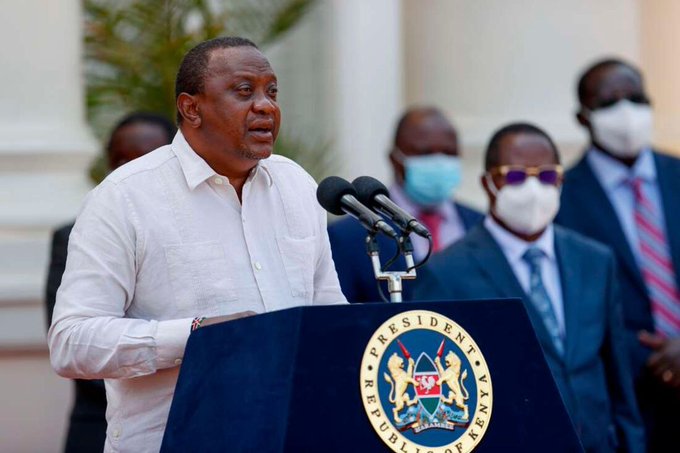 Speaking about the matter for the first time since the judgement was issued last week Friday, the Head of State said he respects the verdict, adding that the court loss was not personal for him.

“I’m more than happy to serve out my time and finish my program. I believe this is also part of my agenda to be able to bring people together and ensure we have a peaceful, stable country. Unfortunately the courts have ruled the way they have ruled and I believe they have been highly misguided in that process. Unfortunately we have had politicians, for short term political gain, who have deviated from why we had BBI to it being an issue of competition,” said president Kenyatta.

The president spoke on Monday evening during a meeting with media editors at the State House in Nairobi.The President regretted that a section of the political elite had hijacked the BBI process and turned it into a campaigning platform consequently misleading the public on the intentions of the initiative.

He dismissed as propaganda claims that the BBI was about propelling certain individuals to positions of power or extending his reign.“I hear some people say this BBI is meant to propel Raila Odinga.

Raila Odinga declared his presidency with or without BBI and he is still on the ticket. BBI has nothing to do with his candidacy or Uhuru wanting to continue because there is no clause in the BBI saying that the incumbent president is going to continue for another 10 years,” said Kenyatta.

“This is all propaganda build around to poison the people’s mind and deviate them from looking at the facts. At the end of the day it is the masses and not the elite who suffer when we have these political problems…”