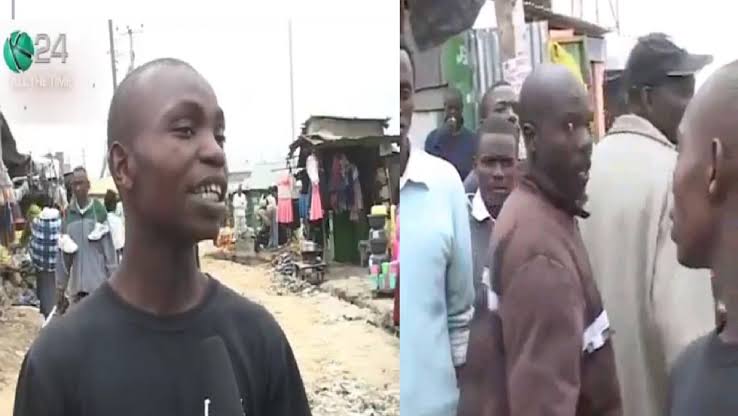 The man behind ‘nitakufinya‘ video which has gone viral has finally spoken.

Speaking exclusively to Taarifa News on Friday, the man whose official name is Aron Asiiba Matende has expressed his shock after the video went viral, 10 years later.

In the viral video shot by K24 TV in 2011, Asiiba, who is currently a bodaboda rider, is seen warning a man, who was being interviewed by the news channel over electricity crisis in Nairobi’s Mukuru Kwa Njenga slum.

Asiiba then walked away saying ‘nitakufinya’ to which Musyoka responded ‘finya!’

Asiiba has since disclosed that the guy he was interrupting during that live TV interview is known as Charles Musyoka. He says he and Musyoka were good friends and are still good friends to date.

He says they still live in Mukuru kwa Njenga where the viral video was shot.

“I know him. He is my good friend, only that I was not happy about what he was telling the media that day,” he said.

He further disclosed that Musyoka was not electrocuted as he claimed in the video.

“Musyoka got injured while working in a certain company in Industrial Area. He was lying that he was electrocuted. That is why I intervened,” Asiiba added.