Student Leaders Tell Sakaja to go back to class 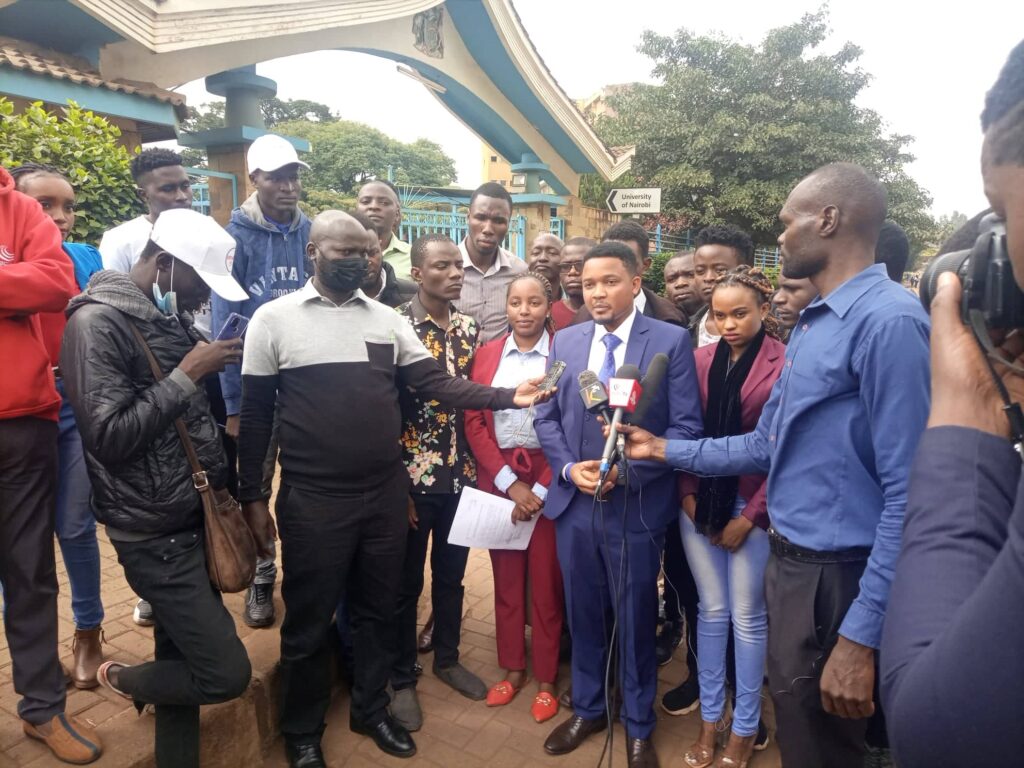 A section of Student leaders across Kenyan public and private universities have come up gun-blazing accusing Nairobi Senator Johnstone Sakaja from tainting the image University of Nairobi.

Led by former SONU Chairperson Simon Mwangi and UNSA Secretary-General Vivian Kabiru, the student leadership have advised Sakaja who is eying for Nairobi Gubernatorial seat to go back to class and finish his degree course.

‘We are asking Senator Johnson Sakaja to stop running away from the truth and get back to lecture halls and finish his studies. We cannot sit and watch when such people seek higher offices when they have indeed not finished their courses and graduated. It is also disheartening that they have the audacity to try and use fake degree certificates purporting that they got them from our institutions when they are fake,’ Former Chairperson SONU Simon Mwangi lamented.

Its alleged that Sakaja useed a fake certificate from UoN to get clearance by IEBC to run for the Nairobi top seat but he was stopped in his tracks.

The Nairobi senator claims the complaints were time-barred on the strengthen of Rule 8 of the Rules of Procedure on Settlement of Disputes.

A letter from the University of Nairobi Deputy Vice-Chancellor Julius Ogeng’o to the Director of Criminal Investigations dated May 31, 2021, confirms otherwise.

The letter confirms that indeed Sakaja was and is still a student of UoN.

Ongeng’o, however, revealed that the Senator never graduated from the university as there is no record in the graduation booklet confirming that.

On the completion of his studies, Ong’engo said: ” Records available indicate that he did not complete his studies”.

The university also responded to queries about alleged transcripts claimed to belong to Sakaja while he was at the University of Nairobi.

“The attached copies of academic transcripts are incomplete and not signed by officers  of this university.”

Sakaja is eyeing the Nairobi governor seat and a degree is a mandatory requirement for anyone seeking a governor seat.