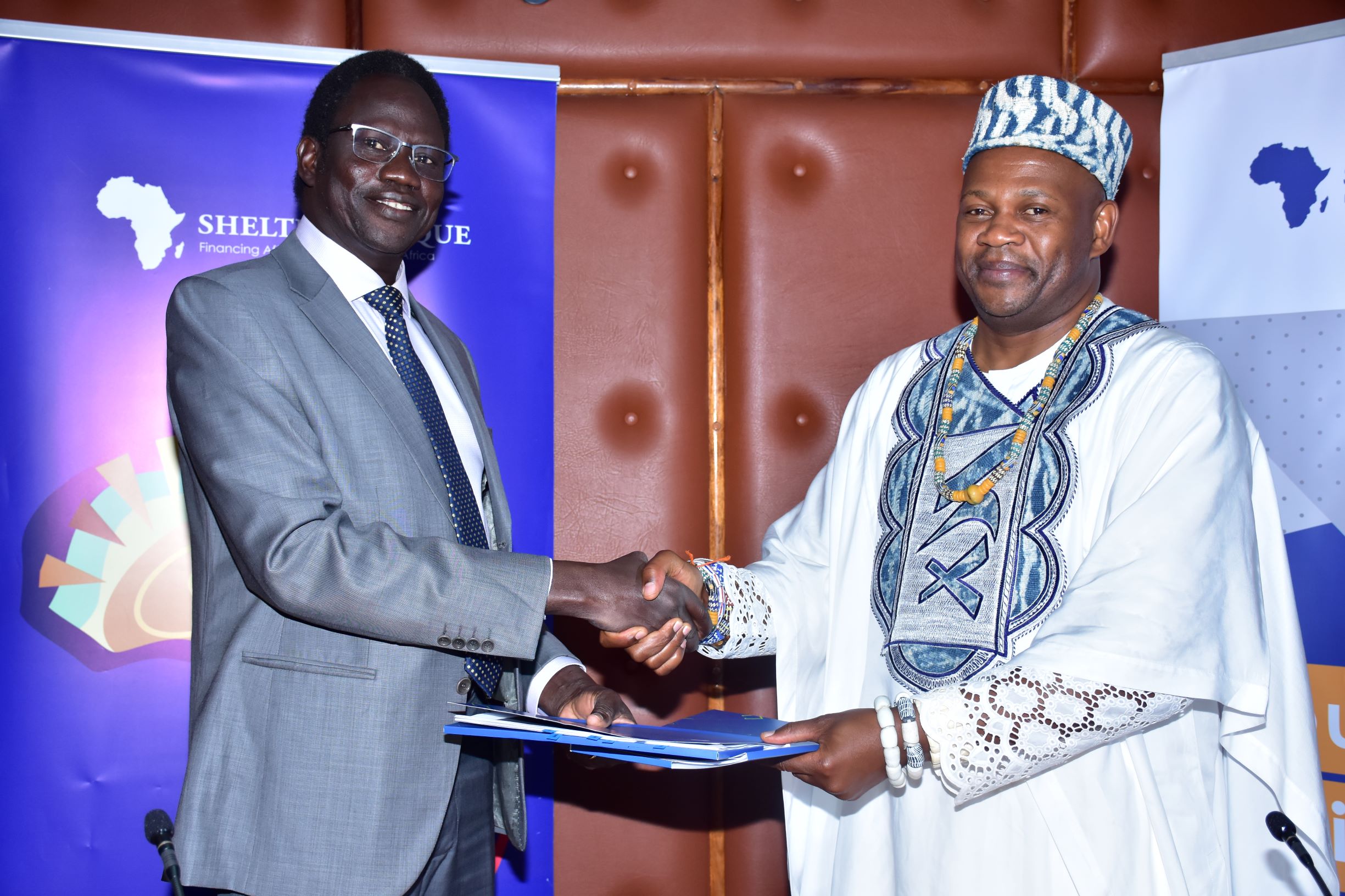 “We have been mandated by the Ministry of Finance and Planning to source funds for the construction and completion of a defense housing project on behalf of the Government of South Sudan under the Peace Through Development programme initiated by President Salvar Kiir in 2018,” Amb. Kuol said.

Amb. Kuol noted that the signing of the MOU was critical in addressing the housing crisis in South Sudan, which has been exacerbated by many years of conflicts.

“The housing crisis in South Sudan is dire. In fact, we are starting from the scratch – the reason this memorandum of understanding we’ve signed with Shelter Afrique is very important for us and is proof that provision of affordable housing is central to the agenda of the government of the South Sudan, not just for the Forces but for the entire population,” said Amb. Kuol.

Mr. Chimphondah said the signing of the MOU with Triangle Real Estate highlights Shelter Afrique’s catalytic role in the provision of affordable housing finance across Africa.

“Our vision is to provide affordable housing for all Africans – including South Sudan. We are proud to be part of this partnership and we look forward to being the pre-eminent provider of financial, advisory and research solutions geared towards solving the housing crisis in South Sudan which has a shortage of 4 million units,” Mr. Chimphondah said.

Under the agreement Triangle Real Estate will act as the developer and contractor of the project in conjunction with various consultants. Shelter Afrique, on the other hand, will provide catalytic funding as well as act as the lead arranger to assist in raising additional financing through the syndication of other Developmental Financial Institutions as applicable.

Amb. Kuol also noted that the government of South Sudan was keen on becoming a shareholder of Shelter Afrique and was actively sourcing the budget for the capital subscription fees.

“In addition to sourcing for finance for the Defense Forces housing project, the government of South Sudan has also mandated Triangle Real Estate and a financial advisor – Benchmark Solutions to source for funds to this effect and we are currently in talks with some potential financiers. We believe that South Sudan should become a member of Shelter Afrique in 2021 when approved at the AGM that will be held on the 24th June 2021,” Amb Kuol said.