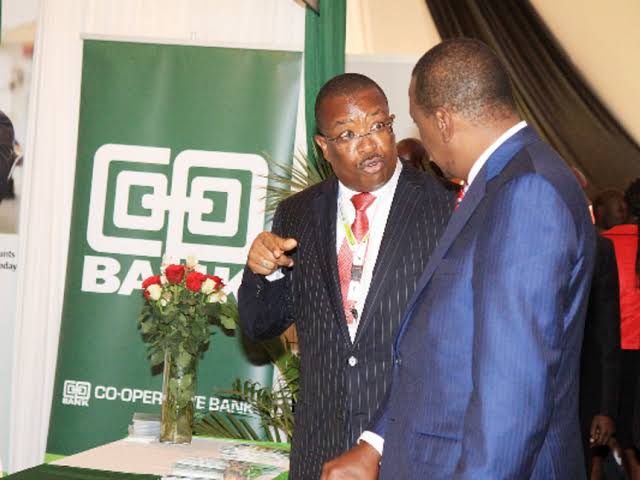 A minority shareholder has questioned the 2020 Co-operative Bank’s acquisition of Jamii Bora Bank, which has since been renamed Kingdom Bank.

Court filings at the High Court’s Commercial and Tax Division by Poinsettial Ltd, an investing company, that holds shareholding in the defunct Jamii Bora Bank, says that the transaction was fraudulent and full of irregularities.

Court papers seen by Taarifa News say that one of the main reasons that the transaction is fraudulent is that the board of directors that approved the takeover of Jamii Bora Bank by Co-operative Bank on July 1 2020 did not have a quorum.

“At the time notice for the shareholders meeting was given, the board of directors was improperly constituted and thereby was incapable of issuing valid notice thereof. The available evidence shows that the notice for the said meeting was made by only five directors, yet the Articles of Associations provided at the material time, for a mandatory minimum threshold of 11 members to constitute a valid board of directors. The said resolution therefore contravened the mandatory provisions of Section 275 of the Companies Act, 2015,” say court filings.

Poinsettial additionally argues that there was no valuation for the Ksh4.46 price per share that Co-operative bought the Jamii Bora Bank and the small shareholders were not given the first right to buy more shares into the troubled lender.

“The recommendation given by the directors for the making of the said resolution, was not only deficient for want of a valuation justifying the decision to allot and issue the stated shares for the agreed consideration but also unfair to the plaintiff as it effectively denied them a chance and opportunity to subscribe equally for the new shares in the defendant bank.”

Under the transaction Co-op Bank acquired a 90 percent stake in the lender by injecting Ksh1 Billion. Co-operative Bank on its part has argued that since 2016 Jamii Bora Bank faced several challenges including a deteriorating loan book, a lack of liquidity, weakened corporate governance structures and it was a matter of time before the bank was placed under statutory management by the Central Bank of Kenya (CBK) and therefore the takeover was godsend.

Defendants (Co-operative Bank)offer for subscription of new shares and additional capital injection in the 1st Defendant and took the views that it was in the best interest of the company, the shareholders and the public including depositors and creditors that they accept the offer to address the serious liquidity issues and meet the CBK minimum liquidity threshold,” says Co-operative Bank in a response.

present and approved the transaction including the then CEO Samuel Kimani who was appointed as a proxy by Poinsettia.

The shareholders also approved for the reduction in quorum to five from 11 board of directors on the same July 1 2020 same meeting.

In relation to valuation Co-operative Bank says that it relied on a report that was prepared by NCBA and approved by the Capital Markets Authority. The court papers say that since the capital injection the value of Jamii Bora shares have increased to Ksh5.2 per share from a negative 20 cents.

Poinsettial in response to Co-operative Bank insists that the board was not properly constituted so decisions made at the July 1, 2020, meeting are not legally binding.