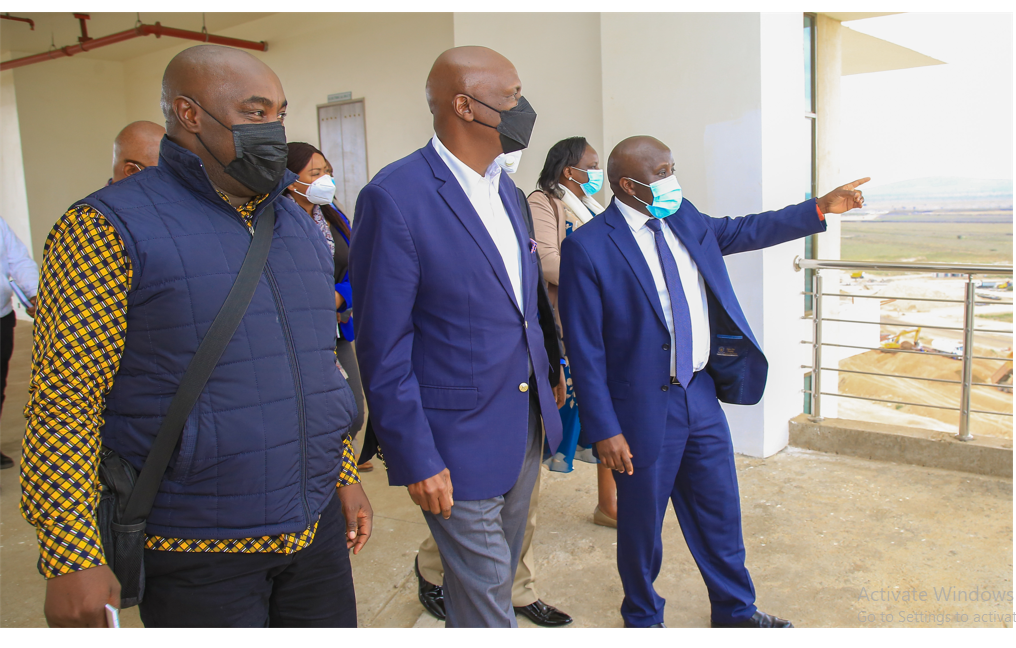 The Senate Committee on Information, Communication and Technology has lauded the progress made in the development of Konza Technopolis.

Speaking after touring the project, Chairman of the Committee, Baringo Senator, Mr. Gideon Moi said the committee was impressed and encouraged by the achievements of Konza Technopolis Development Authority (KoTDA) despite financial constraints.

“I must say we are impressed and very encouraged with what they are doing, and what the management has managed to achieve so far with the constraints of funding which they have had, and we have discussed those aspects. But most of all, what has encouraged here is that they have achieved their targets which they wanted to achieve despite the constraints,” Senator Moi said.

During the site visit, the committee inspected the progress made in operationalizing the National Data Centre, which was early this month launched by President Uhuru Kenyatta when he toured the project.

The committee members were briefed on various aspects of the project status and apprised on the legal and financial status of Konza, achievements the authority has made, on-going activities, challenges and possible areas of legislative and policy collaboration between the committee and the Authority.

Senator Moi noted that the KoTDA management was transforming the technopolis into a technology and innovation hub, just as envisaged by the Vision 2030.

“Today they have got the data centres which we have seen are up and running. We have seen they are now building the university for technology and of course the infrastructure which is on-going in conformity with what the world is currently embracing, which is green,” Senator Moi added.

The Senator pointed out that currently, there are 15 start-ups at Konza which further entrenches the Authority’s position as the hub for innovation and technology. “Kenya is known for innovating MPESA. These are the other MPESAs which are going to be generated from here,” he added.

The Senator said they will support the Konza Bill so as to have the project anchored in law.