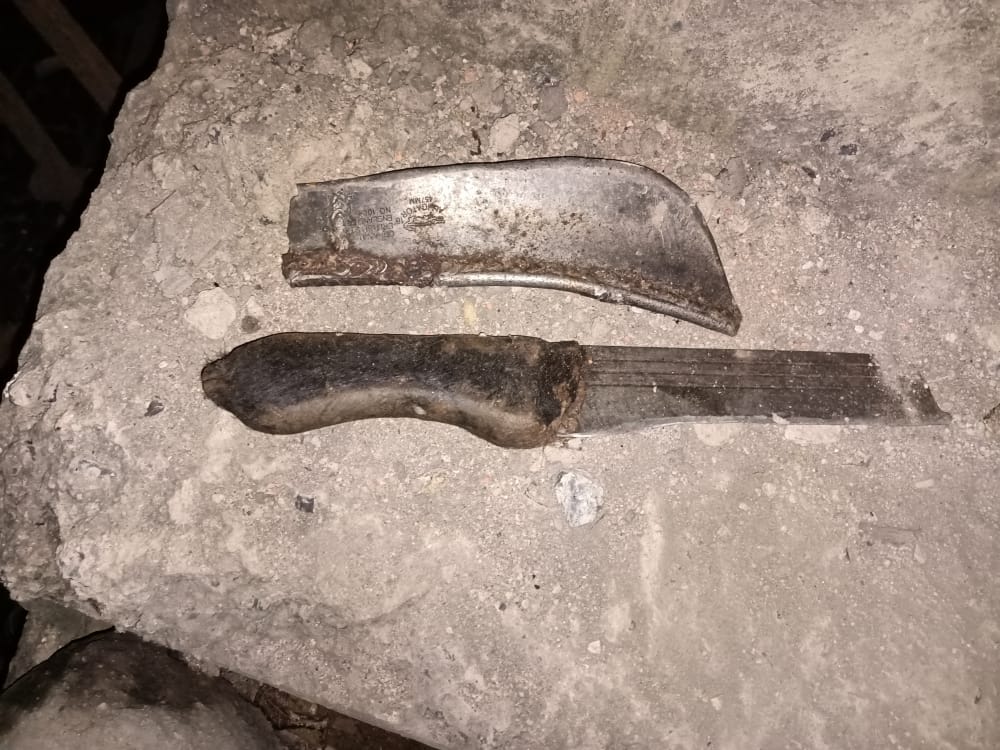 Charles Imutwa who was working as a private security guard from the back front of Mbugua Traders Building was found lifeless today at around 2.40am.

According to the police report, Officers from Kakamega Central led by Stapol and officers from Crime personnel visited the scene and established that the body had a fractured skull suspected to have been caused by a blunt object.

He was he was lying lifeless in a pool of blood.

“Today at 0240hrs. It was reported by Abdul Hassan Incharge Eshisiru police post that there was a body of one Charles Imutwa a luhya 40 years a security guard lying lifeless behind Mbugua Traders building,” read the police report.

According to his colleague who was guarding the frontside of the same building he heard abnormal movement and the victim screaming for help.

He responded by raising alarm and in the process he saw five thugs armed with crude weapons escaping.

Police report further states that nothing was stolen from the shop.

The body has been taken to Kakamega teaching and Referral Mortuary awaiting for autopsy.

The police as commenced investigation to establish the suspects.