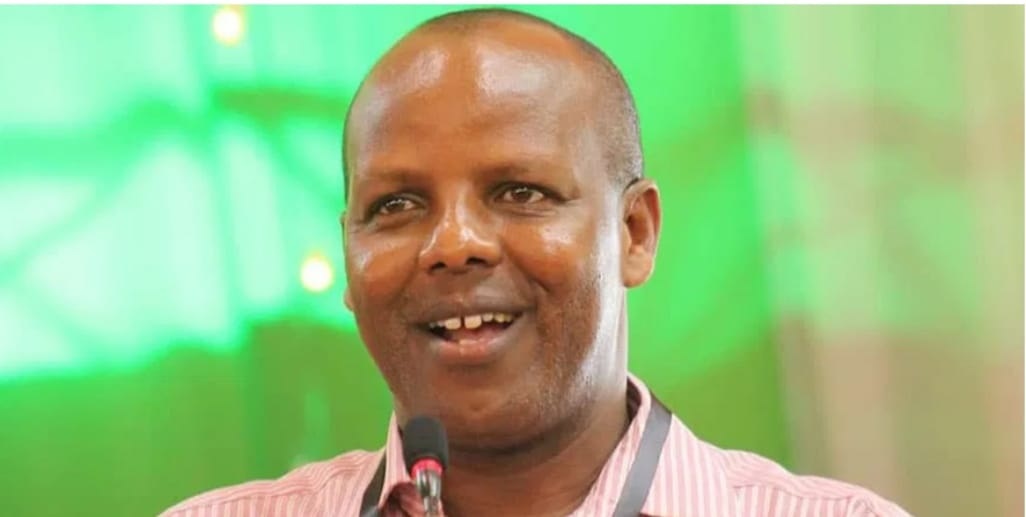 Local Authorities Provident Fund (LAPFUND) CEO David Koross has bribed the board millions of shillings and secured a third term.

Koross had hoped to be appointed as cabinet secretary or PS but since he missed both, he pushed the board to give him another five-year term.

The corporation manages pension funds for employees of County Governments and other bodies like Water Companies.

In the past three years, Koross has mismanaged the fund through corruption and pocketed an estimated Sh 800 million in kickbacks and plain theft.

Last month, he managed to have the Board extend his term and was issued with a contract and an appointment letter.

Staff morale is at all-time low and they are asking the president not to allow Koross to have another term.
In a business deal in Makasembo in Kisumu Koross solely looked for contractor and awarded them a contract worth 7bn.

He is also accused of employing relatives of officers in state agencies that is supposed to investigate him, and this is way of bribing them by employing their relatives.

“He has stayed more than 10 years which is illegal and against RBA act.

He now wants another five years and that’s not legal,” said a source from the Lapfund adding that “Koross brags that his brother musa sirma is an Mp so nobody can touch him. Employees wants forensic audit since the government audit is normally corrupted. As employees, we are demanding that government reconstitute board afresh, send home all the managers and appoint a caretaker committee.”

Koross in cahoots with Head of Finance (Mr. Mbogo) and Head of Procurement (Mr. Kibet) and Tender committee chaired by Akolo, the blue-eyed babe of the CEO, are involved in massive plunder of the corporation resources. Below see list of areas to be investigated among others:

a) Development and Construction of Mavoko Gardens Estate in Syokimau. The construction was estimated to cost 700 million but to date we have sunk 1.2 Billion shillings. The CEO pocketed 60 million in kickbacks.

c) The CEO and his cahoots have engaged in purchase of properties at exaggerated prices and others with fake titles. The 30 acres in Kitengela was bought at exorbitant price of 10 million per acre from a broker, while the market price at the time was 5 million per acre. The land is disputed by the owners and they have taken LAPFUND to court. The land in Bellevue South C was purchased at 500 million per acre. A suspicious payment of an extra over 300 million was paid in early 2019 one year after the transfer was done.

d) The CEO has been sending select members of staff for suspicious international training, seminars and trips that are not beneficial to the organization. Some of these have love relationship with CEO.

e) Procurement of Architectural/property development consultants amounting to over Ksh 150 million was done through restricted tender against the PPAD Act regulations in June/July 2019. LAPFUND is not a security body thus should float tenders publicly. Many other tenders amounting to millions of shillings are procured through quotation i.e. Valuation of properties at Ksh 32 million was done in July/August 2019

f) Illegal recruitment of staff without approval by the National Treasury or the board.

g) The property portfolio is over 10% threshold recommended by Retirements Benefits Authority.

j) Contributors funds are not properly reconciled and statements not issued due to plunder of the resources.

We request for a forensic audit of the fund by RBA to establish the lot and misuse of pensioners funds.

The CEO survives by bribing and compromising anybody who tries to raise a finger and if the trend continues the fund will be depleted of pensioners’ benefits. Politicians and other cartels collect money at will from the fund. He has protection from political players and other business cartels.

We request EACC and DCI to move with speed to investigates, arrest the culprits and secure the files before they tamper with the records.
Ends…………………………………………