Save the BBI Process, Nairobi MCAs plead with Court of Appeal 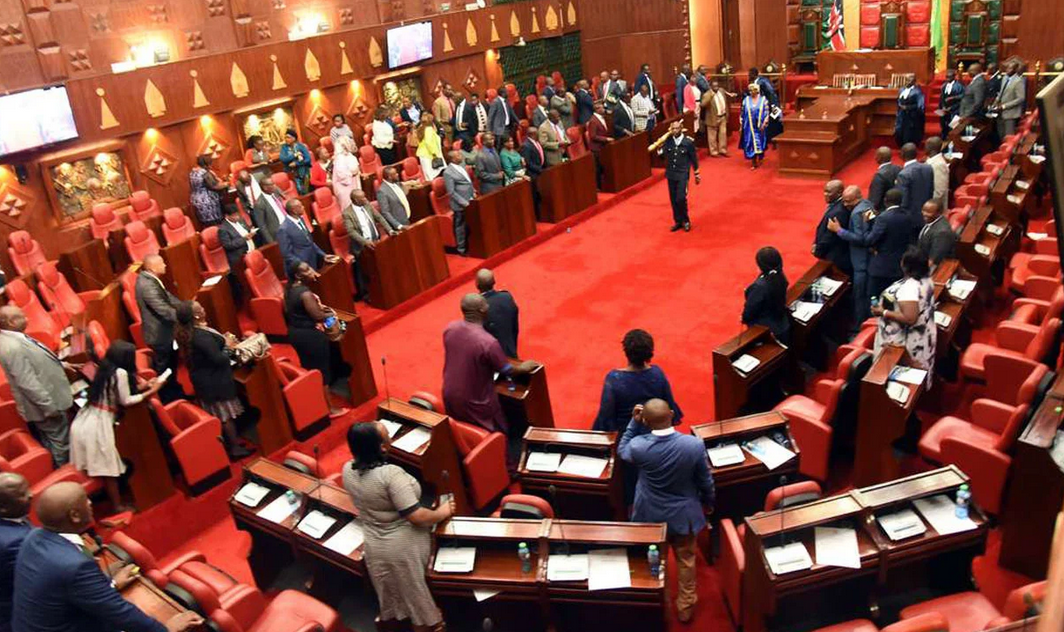 Section of Nairobi County Assembly MCAs have now called on Court of Appeal to re-look keenly on the matters raised by High Court in the BBI landmark ruling.

The MCAs say the will and sovereignty of over 4 million Kenyans who appended their signatures on the BBI document was not considered.

Led by Mountain View MCA Maurice Ochieng’ some of the issue raised by High Court did not hold water and that the ruling sabotaged the will of the people.

‘‘We respect our courts but they failed us because million of Kenyans want this document and that’s why am asking Court of Appeal to come out and protect the will of Kenyans.’’ Maurice said.

According to him if the BBI report is trashed then it is the common mwananchi that will lose citing various goodies in the document that were to trickled down through devolution.

‘‘It will be a big blow to our people for example we were to get an extra constituency in Westlands and that means we shall have 200 million shillings every financial year.’’ He added.