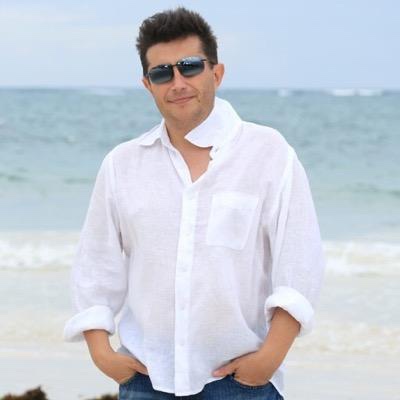 Reports have leaked that some powerful individuals within the government could be secretly facilitating the return of 1xbet and believed fraudsters linked to the controversial betting firm banned from operating the country.

The notorious Artur Mildov and his partner Vadim Mildov who are emerging to be the 1xbet point-men in the region are said to be working round the clock to ensure that the gambling firm makes a comeback in Kenya.

For starters, 1xbet is among the betting firms that were severely affected in the historic crackdown on foreigners gambling without licenses in the country.

It’s said that Artur and Vadim names prominently featured in the list of at least 14 foreigners mainly from Eastern Europe who were unceremoniously deported from the country.

Sources told Weekly Citizen that the two are currently based in Dubai and are engaging their links in Kenya as part of testing waters to see if 1xbet can secretly be welcomed ahead of their relocation into the country.

Understandably, true owners of the 1xbet have over the years remained mysterious until later in 2020 when the directorate of the investigative committee for the Russian exposed one Sergey Karshkov, an ex-police major in Russia alongside Russian billionaire Roman Semiokhin and Dmitry Kazorin.

Weekly Citizen accessed information to the effect that all the three have fled Cyprus to avoid Russian prosecution after they were linked to a string of dubious activities.

It’s also imperative to note that when 1xbet was established in 2007, it quickly registered phenomenal global growth.

Despite the fact that it was a late entrant in Kenya, it dominated the market and emerged as one of the attractive destinations for gamblers.

But as the saying goes, when the deal is too good, think twice.

Some of the early red flags against the gambling firm were recorded following a global outcry that despite luring punters, there were a lot of scamming activities being executed by the firm.

In some countries, clients decried that in the real sense 1xbet were looters who did not release winning as well as embarked on indefinitely closing accounts of the affected victims.

However they would cite lame excuses pointing that such accounts had violated betting rules.

It also emerged that it does not use decent encryption software to protect identity thief or data breaches therefore are not safe for betters.

Even as some influential wheeler-dealers are pushing for the silent return of 1xbet and the two suspicious men into the county, other details state that the same betting firm has been banned in many countries across the globe due to their dubious style of operation.

Weekly Citizen is reliably informed that the company is not authorized for gambling in Russia by the Russian Federal tax service, as with many other countries.

Following an investigation by an international media The Sunday Times in 2019, 1xbet license was promptly rescinded by the UK gambling commission (UKGS) after revelations of involvement in promoting a pornography hub, bets on children sports and adverting on illegal website.

As the 1xbet retains its reputation as one of the world’s most controversial betting firms, awareness was raised in 2020 of an ongoing scam involving embezzlement and unlawful practice, highlighting attention through diplomatic channels.

The three owners Karshkov, Semiokhin and Kazorin are in the list of UK wanted criminals.

The trio is defendants in a criminal case with penalty of imprisonment and a number of their estates in Russia with a total value of 1.5 billion ruble (ksh 2, 286,508,500.00) were seized.

At the height of controversies shrouding the firm, Tottenham also terminated their betting deal with them just weeks after it was suspended in Kenya.

Prior to the termination of the deal, 1xbet was Tottenham’s African betting partner and part of the agreement was to allow them use huge billboards with England captain Harry Kane and other spurs players in the African country , where gambling became a massive social issue.

Weekly Citizen could not establish whether KRA was aware that the 1xbet was plotting to make a comeback into the country.

However, what is raising further concern is the fact that the two partners Artur and Vadim who operate like mafias are also struggling to sneak back into the country despite talks that they were deported.

A background check on the two exposes a string of questionable involvement including operating an offshore company.

They are the directors and shareholders of the Midlands logistics Limited traced to the British Virgin Islands and Russia.

Artur Mildov is also described as the CEO of De lart holding which was established in 1996 and operates in United Arabs and Africa.

The duo also operated an airline in Congo.

They were listed as interested parties in a case before the High court of Kenya at Nairobi commercial and admiralty division Milimani law courts.

The civil suit no.568 of 2008 also listed Terazzo enterprises Limited as the plaintiff against Pavement Club and Café which was the 1st defendant.

Blue elephant Limited was the 2nd defendant in the matter while Shailesh Patel was listed as the 3rd defendant.

The two were also implicated in the murder of a Russian.

One thing which is clearly outstanding with Artur Mildov and his partner Vadim Mildov is the striking similarity between them and the infamous Artur brothers whose stay in the country caused a stir.

The two controversial Armenian Artur Magaryan and Artur Sargasyan landed in Nairobi in 2006 with lots of fanfare but ended up being branded a security threat before they were dramatically kicked out of the country.