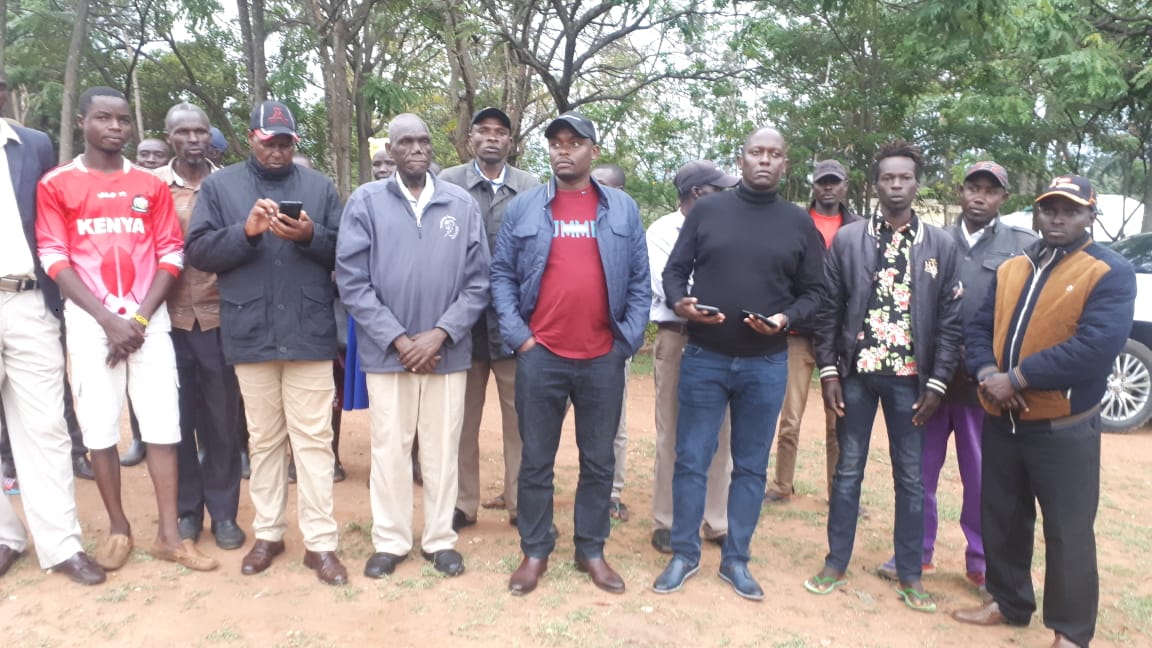 Mt. Elgon residents have been urged to maintain peace and keep off divisive politics during this campaign and nomination period.

Addressing press at Chesikaki police station during release of one of the Kamarang’ incident suspects, Reverend Arap Songoywo Sambu called upon the area residents to preach and maintain peace.

“Politics should not be a cause to disturb peace in the mountain especially during this electioneering period, all communities living here should love each other regardless of their political affilliation,”Sambu said.

The clergy  added that all aspirants should be allowed to traverse the mountain and sell their manifesto peacefully without focusing on sub tribal boundaries which has been the main cause of clashes during elections.

The region which is dominated by three communities namely Sabaots Iteso and Bukusu has for long been a hot bed of political bloodshed but the clergy have challenged residents to change this narrative.

Allan Chemaiyek, a Parliamentary seat aspirant in the constituency under UDA ticket emphasized on the need for peaceful primaries insisting that it would be the only safest method to pave way for new blood.

“I urge all party members to vote peacefully and above all wisely so that we can rewrite our history in this mountain and remove our name from the books of blood thirsty regions,” he advised.

Chemaiyek who is the only contestant giving the incumbent Honourable Fred Kapondi a run for his money also called for immediate release of one of his supporters who was denied bail following the recent Kamarang’ incident where a political party agent was attacked by a sword.

“It is unfair that other suspects were released on bail while one of my staunch supporters was denied, this is unfair and unjust to the society at large,” Chemaiyek decried.

The suspect was immediately released on bail and celebrated his freedom at least in the meantime while waiting for the mention of his case later this month.

What Mwenda Thuranira says he will deliver once elected