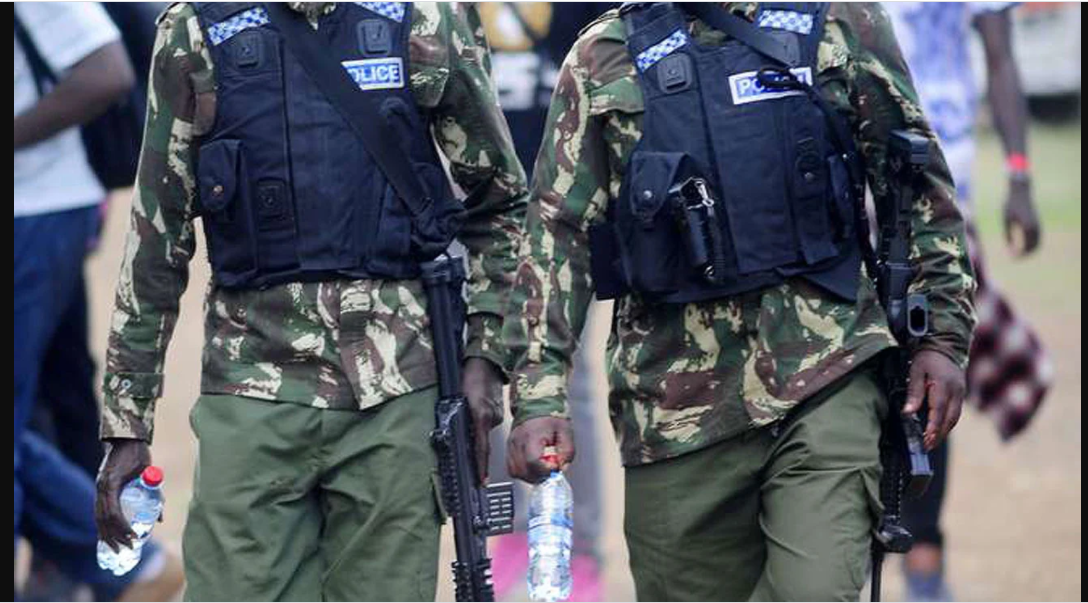 Officers from Director of Criminal Investigation yesterday arrested a Senior Superintendent of Police at Red Square in Kayole alleged of shooting and killing a security guard.

According to the police report, the SSP officer was dropped at the hotel by afriend who is known to the staff and ordered them to offer him accommodation.

He entered and sat on a Sofa at lounge, when asked to be assisted to check in , he refused.

The reports states he immediately took a nab and woke up forcing the hotel staffs to tell him the whereabouts of car.
The staffs explained to him that he was dropped by a friend which he refused to understand and removed his firearms threatening to shoot.

The staffs tried to calm him down upon he even cock his firearm and pushed them out through rear grill door.

“Upon sensing danger, the staffs retreated back and closed from inside and hid themselves in hotel rooms. Immediately they heard gunshots rent the air forcing them to call police,” reads the police report.

Assessment did established that about 40m from the hotel lied a body of a security guard namely Lapaja Topiwa with two gunshot wounds one on the right lower rib and the other on the chest breast.

Upon interrogation by the officers, a recovery of two spent cartridge of 9mm was made and the guest identified as MR Simon Mwongela , SSP and SCCIO Embakasi.

The officer was disarmed and his Jericho pistol S/no.4433683 and a magazine kept in armoury as exhibit.

The body was taken to City Mortuary awating for autopsy.

The suspect was placed in custody waiting to be arraigned in Court.