Police Recover Assortment of Armoury after Shootout With Bandits 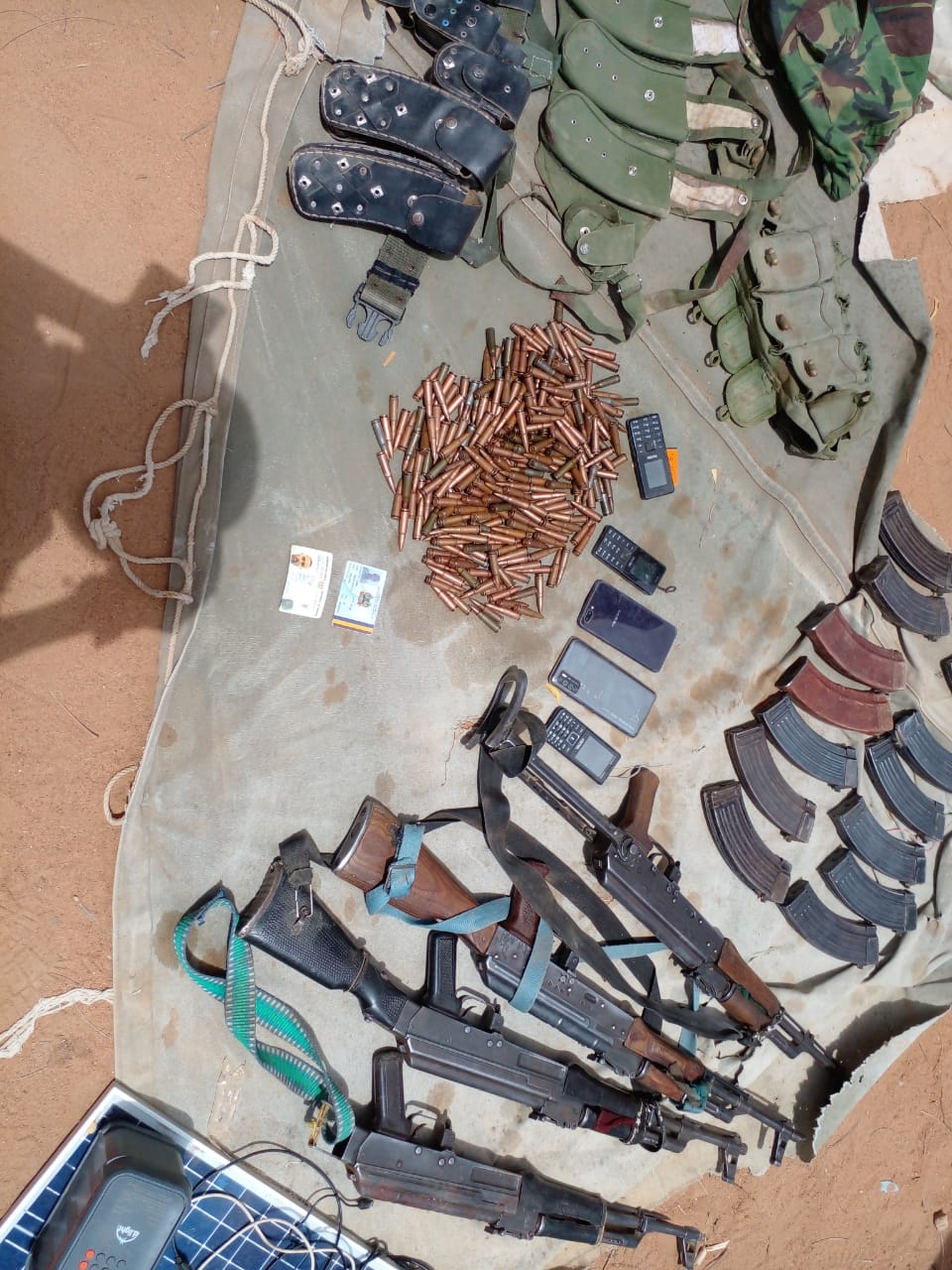 Two bandits were fatally injured after they refused to surrender to the police who were on normal Patrol in Dabader Junction 260 km from Dadajabula Police post.

The police officers were on normal Patrol when they met the bandits whom they challenged to surrender but they defied and a shootout raised which injured them.

One of the bandits was identified as NPR no 0. 6886 PC yerrow Noor from Daadab Division while the other was unidentified.

They recovered firearms and ammunitions from them.

The Ammunitions were dispensed by the police officers.

The bodies of the bandits are at the police station waiting for identification by their relatives and a postmortem be conducted.