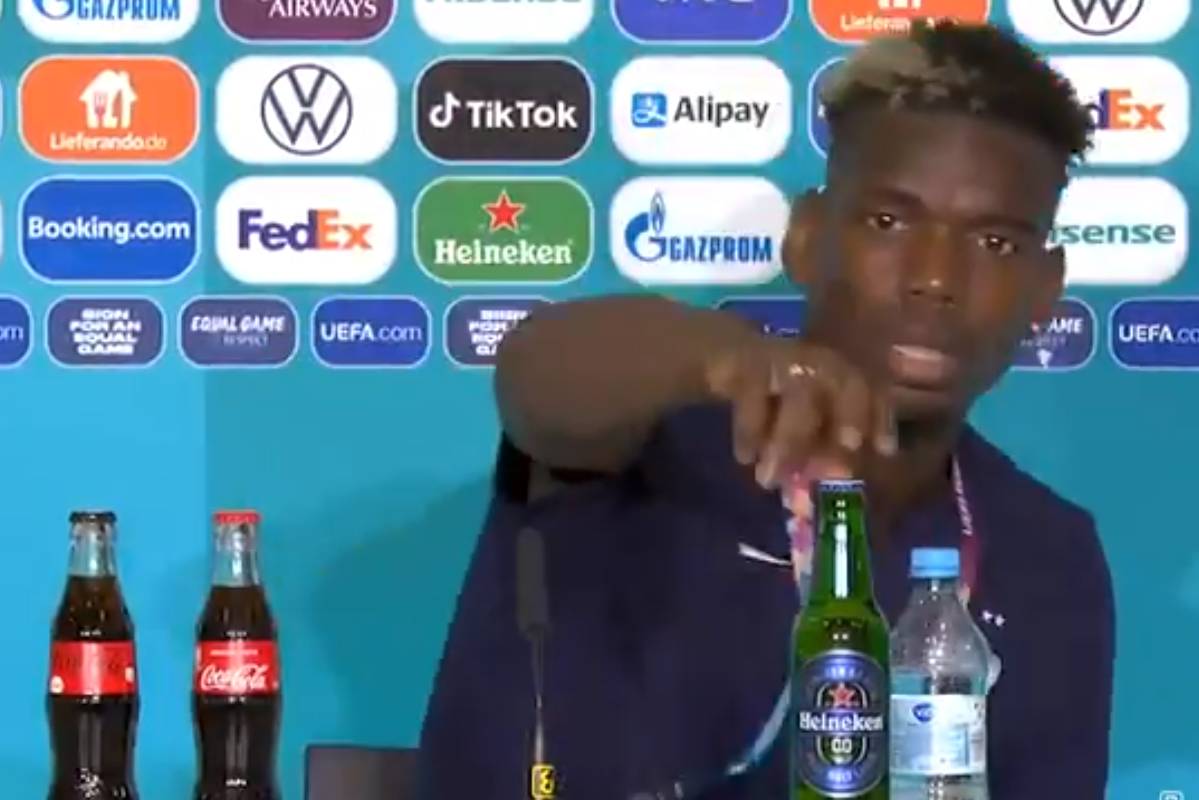 France mildfielder Paul Pogba removed a bottle of Heineken beer that had been placed in front of him at Euro 2020 news conference yesterday, just a day after Portugal’s captain Cristiano Ronaldo had moved aside Coca cola bottles set in a similar set up.

Pogba who is a practicing Muslim removed the bottle of Heineken when he sat down to speak to the media after being named ‘man of match’.. In group F yesterday France won one nil over German. Heineken are the sponsors of Euro 2020.

Gaming in Kenya made easy after entry of Fantasy44.com into the market