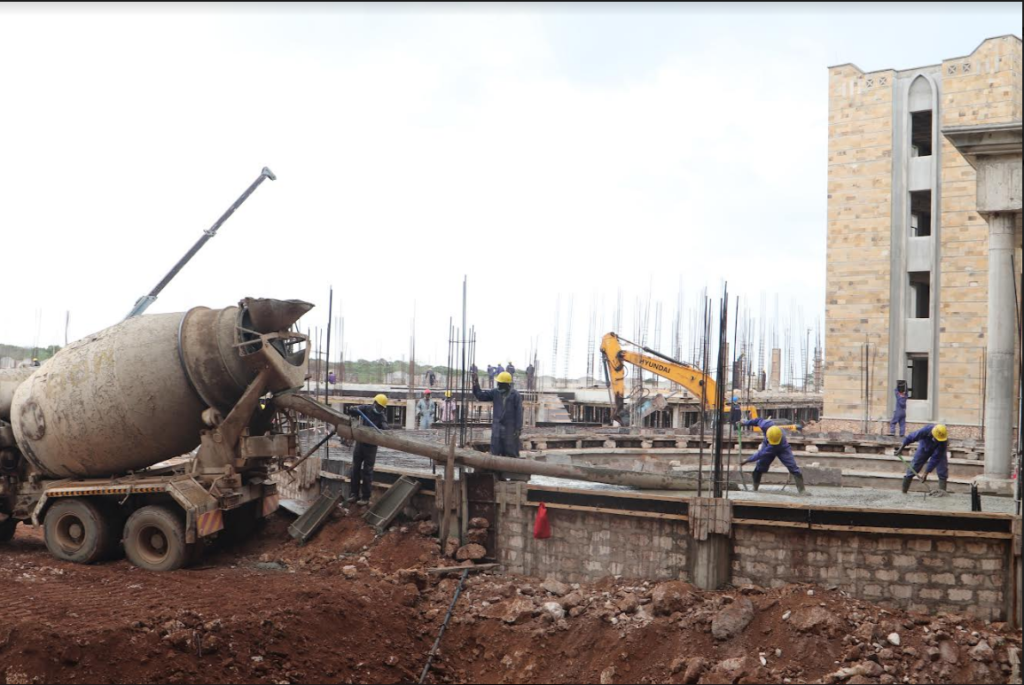 Committee chairperson Moitalel Ole Kenta said this is despite the challenges facing the Sh 4.9 billion project which is sitting on 59 acres of land in Kilifi county.

The project was started in 2013 and was initially set to be completed in June 2019.

He echoed sentiments made by tourism industry players in the region who want the construction of the iconic Ronald Ngala Utalii College completed as soon as possible.

“The Implementation Committee said the completion of the college will help the tourism sector in the country recover and grow further,” he pointed out.

Kenta said once completed the college will accommodate over 3,000 students being a national government project.

He spoke during the committee’s fact finding visit at the construction site undertaken by Mulji Devraj & Brothers Ltd. Contractor in Kilifi south constituency.

The parliamentary committee chairman however said several factors, including unfulfilled pledges from the National Treasury, Covid-19, among others, disrupted the plans.

Kenta who is Narok North lawmaker pointed out the most important and crucial thing is to finish the project arguing it will be tragic for it to stall.

He told journalists, during the site tour and meeting with stakeholders involved including the contactor, consultant, Tourism ministry officials and the Tourism Fund board, it will be a great loss considering the resources that have gone into the project already.

“This is a project under the Vision 2030 flagship and it will help coast residents and Kenyans at large in matters tourism,” he said.

The committee chairman pointed out industry players had said the Kenya Utalii College in Nairobi is overstretched and a college of that magnitude in the Coast region will greatly help the sector produce experts who can help grow it.

Speaking during the same site visit, Tourism Fund chair Alphonse Kioko said the board prioritized the project when it came in 2019.

Kioko said so determined is the board to complete the project that it was ready to borrow money from other sources, after the National Treasury showed challenges in availing the requisite funds for it.

“At the inception, this project was to be funded by the government, the National Treasury and the Tourism Fund through our collections,” said Kioko.

“When we were in the process of doing that, Covid came in, collections dipped and we could not do anything much,” he noted.

However, interests and penalties that the Fund was made to pay due to delayed payments, in excess of Sh300 million, were becoming a hindrance to the project.

The board had to engage the consultant and contractor so as to have the interests and penalties frozen.

“Because it was too much, we said we have to make sacrifices if we have to finish this project. We requested them to freeze the interests to delayed payments from a certain period,” said Kioko.

The request was granted but the board also successfully negotiated for a discount from the contractor and consultant.

“I’m happy to say that they considered a discount of Sh 300 million, which is not little money,” said Kioko.

Edwin Odhiambo, a member of the Tourism Fund management team, said there was no way they could escape paying the penalties.

“In the contracts, based on the laws passed by Parliament, it is almost impossible to run away from the penalties and interests,” said Odhiambo.

“We wish you would have passed a law that actually says that after a certain amount of money then maybe we do not need to pay beyond that,” he told the MPs.

The contractor, Mulji and Devrak, confirmed delayed payment from the government.

“We started the project in January 2013 but we got the first payment in November 2014,” said Mulji.

He said they need an additional Sh1.9 billion to complete the project.

However, the MPs took issue with the contractor, accusing him of deliberately delaying the project so as to earn interests and penalties, which have so far passed the Sh300 million mark.

The Committee chair said the situation is unfair to the people of Kilifi county, the Coast region and Kenya at large.

“You can’t delay a project for 20 years so that you can earn interests and penalties. That’s what is happening,” said Ole Kenta.

The MPs threatened to blacklist the contractors and consultants involved in the project should there be further delays.

Ole Kenta said the Tourism ministry should take firm charge of the project and ensure its completion.

Tourism Fund CEO David Mwangi said the project is expected to be completed by July 18, 2022.

Meanwhile, Head of Delivery and Secretary, President’s Delivery Unit, Andrew Wakahiu and accompanied byCoast Regional Coordinator John Elungata made an impromptu visit and intensive tour of the ongoing project earlier before arrival of the parliamentary committee.