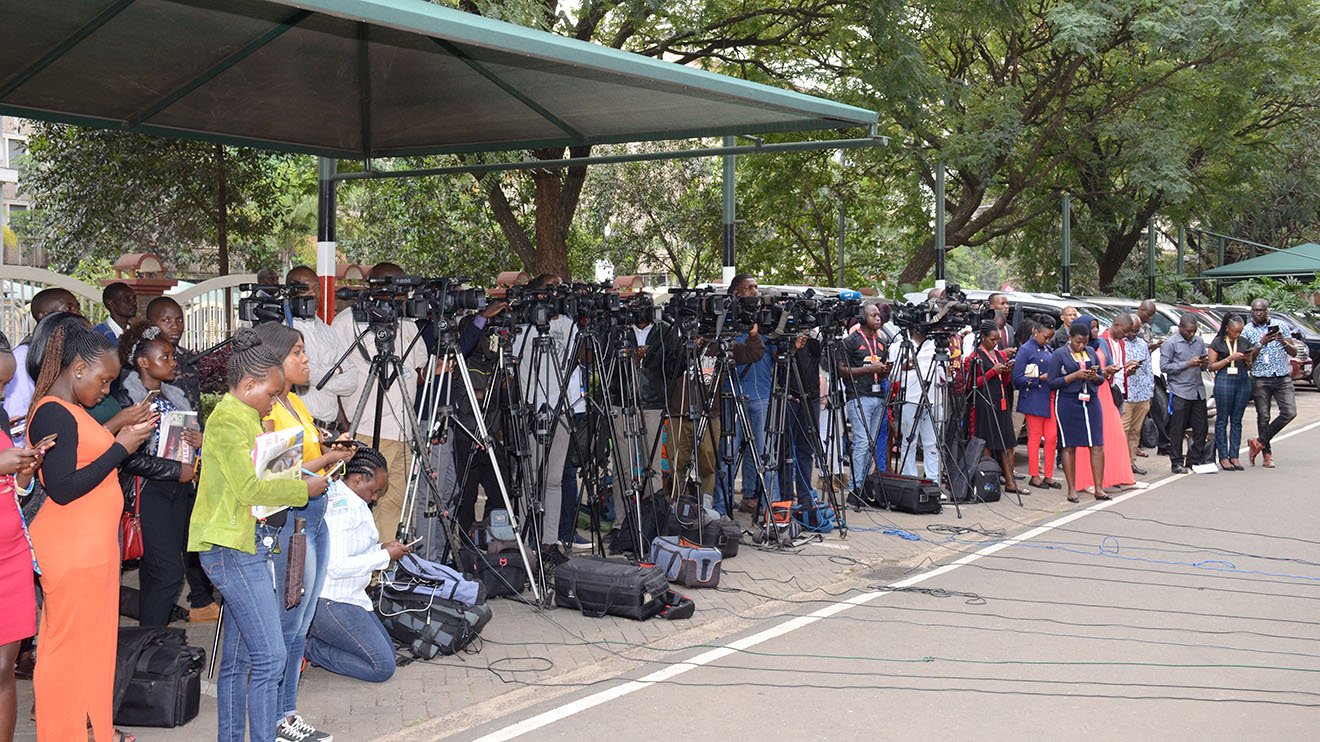 A quack is a “fraudulent or ignorant pretender to medical skill” or “a person who pretends, professionally or publicly, to have skill, knowledge, qualification or credentials they do not possess; a charlatan or snake oil salesman”.

In this case we are highlighting here, we will dwell on the Journalism Profession that has been infiltrated by the above described people.

Who is a Journalist or what is Journalism? A journalist is an individual trained to collect/gather information in form of text, audio or pictures, processes them to a news-worth form and disseminates it to the public. The act or process mainly done by the journalist is called journalism.

Having captured that, we will now move and explain to you how the said quacks have infiltrated the Journalism trade in the city and literally turned it into a mess.

Nairobi, being the Capital City of Kenya and the epicentre of many functions and press conferences, it is automatic that the media comes in handy to highlight what takes place in those functions.  Those functions come with few benefits we can’t deny here that include gift hampers, brown envelopes and many other things. The latter is what has brought the said quacks into the industry. And they have come in droves.

We can reveal here that whenever there is a press conference in town, they are fond of storming the venue of the conference, pretend to be writing notes and immediately after the press conference, they will follow the newsmakers and demand for money. They have perfected the ‘extortion’ trade in functions to an extent they have the audacity to tell organizers of press conferences and media functions that it is their right to be facilitated after every press conference. We are yet to establish where in Journalism School was that taught.

They work in groups of 5 to 10. Whenever they identify their target for extortion, mostly politicians, CSs, PSs, any high ranking govt officials or any leader and many more, they walk to the target, introduce themselves that they are from leading Media Houses in town, lie that they will publish the story on the front pages of the dailies the following day, demand for cash failure to which they threaten not to publish the story, after receiving the cash, they disappear from the venue and hope to the next function to continue with their uncouth behaviour in town.

The said quacks have become bolder by day and will get physical at the slightest provocation.

Many are times they have literally scrambled for gift hampers at many a function to the amazement of event organizers who many think that bonafide Journalists behave as such.

But they know some boundaries. They are not stupid to walk to some functions where they know they will be kicked out or arrested. You remember the ones who were arrested in Naivasha trying to extort Hon John Mututho?

The Media Council of Kenya to some extent has been doing its best to weed out the quacks out of the Journalism Field but much has not been achieved. It is about time the conventional media highlighted this rot and ensured that event organizers are aware of the crooks out there who are hell bent to tarnish the good name of the media.

Initially, MCK had advised that only credited reporters carrying valid Press Card were to be granted access to the key institutions in official capacities, in a bid to fish out uncredited journalists operating within the premises of the parliament, court of law and hotels but that seems not to be working as at now.

That came after the MCK noted a high number of uncredited journalists blackmailing the Members of Parliament (MPs), Senators, litigants and hotel guests while harassing professional  journalists in these areas.

In a circular, the MCK had written a request to the Parliament, The Judiciary and the Kenya Association of HotelKeepers & Caterers (KAHC) to aid in the weeding out of the non-accredited journalists from their facilities.

The MCK had further made available an SMS enabled system where journalists press card numbers can be entered and sent for verification and validity purposes.

The agency’s chief executive officer David Omwoyo once said they were going to ensure the quacks are chased out of town but that has not come to be.

Mr Omwoyo, then, said that the quacks are involved in a myriad of misdemeanours including misrepresentation of facts, taking money by false pretense and asking for handouts from news sources, among other unprofessional practices.

Two years ago, the MCK boss also stated that the Council is preparing to storm Homa Bay, Nairobi, Kisumu, Mombasa, Turkana and Garissa Counties, without giving the exact date but saying that they are in the process of doing letters to the counties, in an operation that he said will ‘be extremely decisive ‘.

“It is a major challenge. We shall crackdown on the quack journalists because Media Council is the only body mandated to register journalists in the country. It will be decisive and will be less about press freedom but extortion. The quacks who move from one place to the other asking for handouts, taking money by false pretense and misrepresentation of facts,” said Mr Omwoyo then.

Generation of new press-card with a micro-chip that was to facilitate access to various key institutions for accredited journalists has not helped as many a quack have circumvented the law to acquire the same.

It is about time MCK walked the talk in its bid to weed out the said quacks ‘terrorising’ press conferences, events, functions etc.

Bonafide Journalists also need to call out these quacks out from the trade.