One Shot Dead In Ongoing Protests in Kahawa West 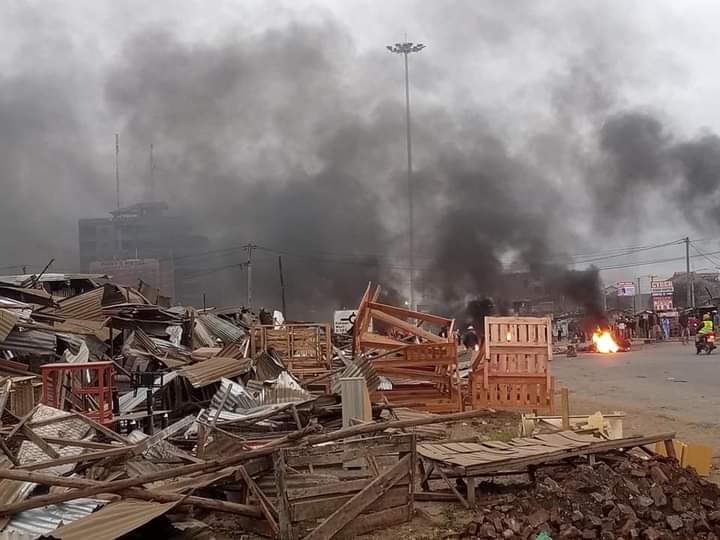 A young man has been shot dead in Kahawa west during the ongoing demonstrations by traders after their stalls were demolished.

The demonstrations which started shortly after the demolitions turned violent when police officers started shooting to clear the air.

The angry youths have now turned violent and is seen protesting while carrying the young man back to the streets.
The demolitions of the stalls in the Northern By pass along Kahawa West started at around 2 am in the morning.

According to the residents the demolitions has cost a lot of damage to the stalls owners and people have been left jobless.

“The demolitions started at around 2 pm and they demolished stalls and people have gone through a lot of damage. People have taken to the streets to protest about the demolitions because the stalls belonged to people who will now be left jobless,” said a resident.

Another resident said that thieves in the area took the opportunity to steal valuable goods from the stalls.

“The bad thing they do is that they wake up very early because the demolitions started at 2 am in the morning. They also forgot that the stalls had people’s things and after the demolitions thieves took the opportunity to steal people’s merchandise,” added a resident.

Kasarani OCPD, Peter Mwanzo, confirmed the protests stating the police officers moved in to restore peace in the area.
By the time of going to press, the youth were still engaging police in running battles, paralyzing transport and other activities in the area.