Olunga, Odibets to the rescue of Matasi 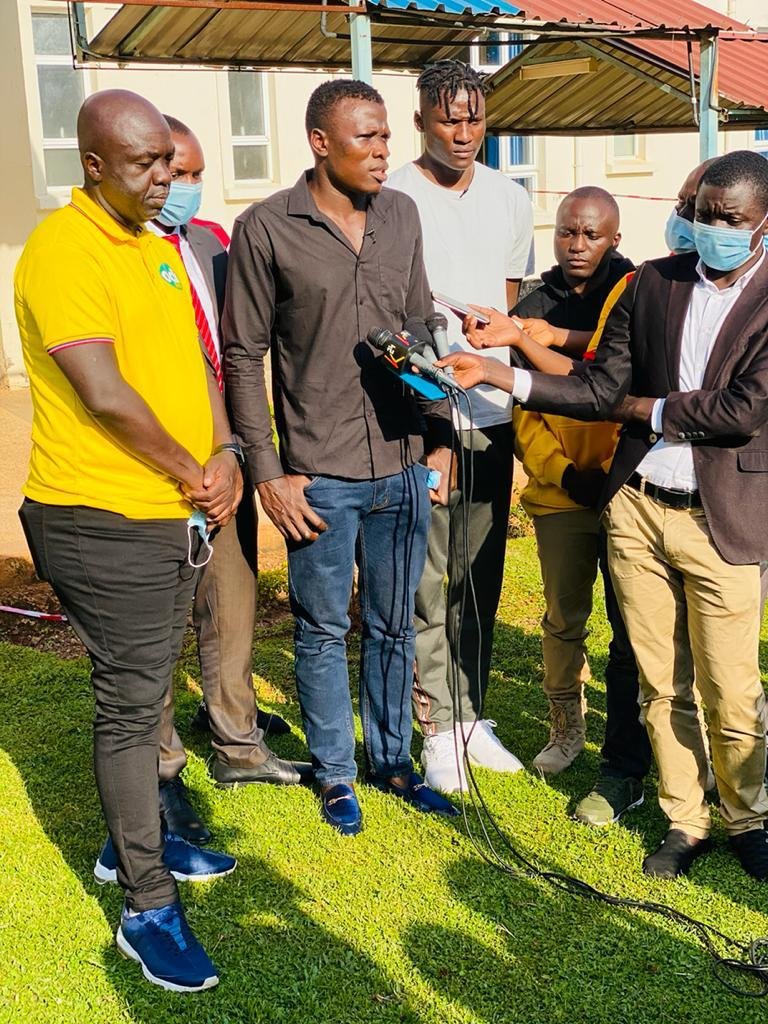 Harambee stars Captain Michael Olunga came to the aid of his teammate Patrick Matasi after his hospital bill rose to around one Million.

Matasi and his family sustained injuries after they were involved in an accident on Kapsabet-Nakuru Highway.

“I have partnered with my good friends, Odibets to come and clear my teammate’s hospital bill and that of his family,” said Olunga after he visited Matasi’s family at the Kakamega Referral Hospital.

“Matasi is a good friend of mine and I wish him a quick recovery and that of his family,” added Olunga who plays in Qatar with Al Duhail.

“Matasi has always been a maestro on the pitch and when we heard about the accident that had occurred, we had to come out and help him,” noted Sayi.

Matasi was on his way to Nairobi; and was set to fly out to Ethiopia to link up with his club, Saint Georges.

He was travelling in the same car with his wife and son before the accident that left the mother and son in need of surgical operations.

While Matasi was discharged a day after the accident, the mother and the minor are still recuperating from the medical procedures that have left the Kenyan international with a swelling hospital bill.

Last week, Matasi went public when he appealed for financial help.
Paid bills for other patients.

The Michael Olunga foundation and Odibets also paid bills for other patients who had not been able to clear their bills.
Matasi is one of the most established Kenyan goalkeepers having played in the Kenyan Premier League and for the national team Harambee Stars.

He was the number one goalkeeper for Kenya at the 2019 Africa Cup of Nations (AFCON) in Cairo, Egypt.