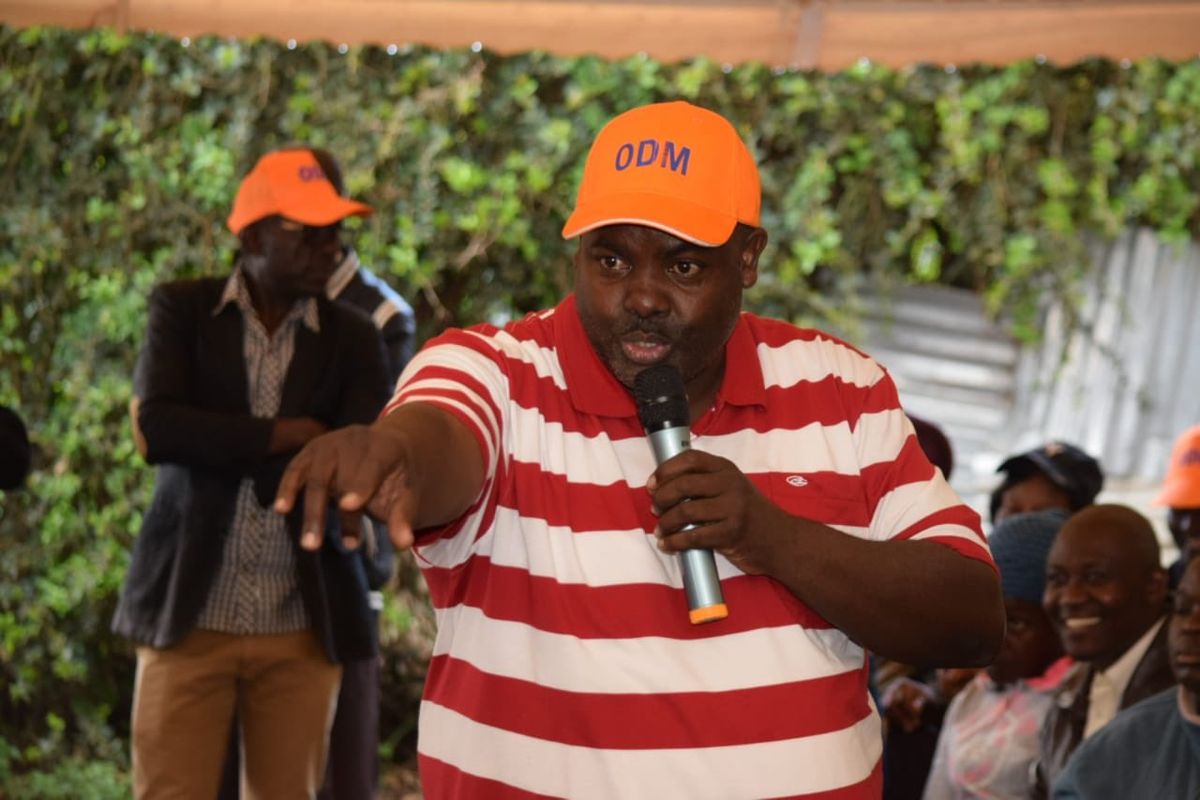 ODM chairman Nairobi branch George Aladwa is on the spot for coercing ODM National Election Board to pick his  list  of officials for nominations in Makadara.

Aladwa came up with list of returning officer, presiding officers and Clerks for the forthcoming  nomination  exercise slated for  19th  April  Nairobi.

The plan is to influence the outcome of the exercise by ensuring his people wins.

According to a close source at Chungwa House  Aladwa called and intimidated  NEB chairperson Cathrine Mumma warning her of unspecified consequence should she fail to recruit his officers.

“That’s true and we are  perturbed that a honorable party official with his caliber can not obey ODM codes of conduct ..he keeps on calling and sending us names of his own officials I think he should be stopped.” The source at NEB revealed.

The NEB maintains  that no one will dare interfere with party primaries.

“We have clear instructions from the party to ensure that the nomination exercise is credible …we shall not allow any politician to interfere with our job.” The source added.