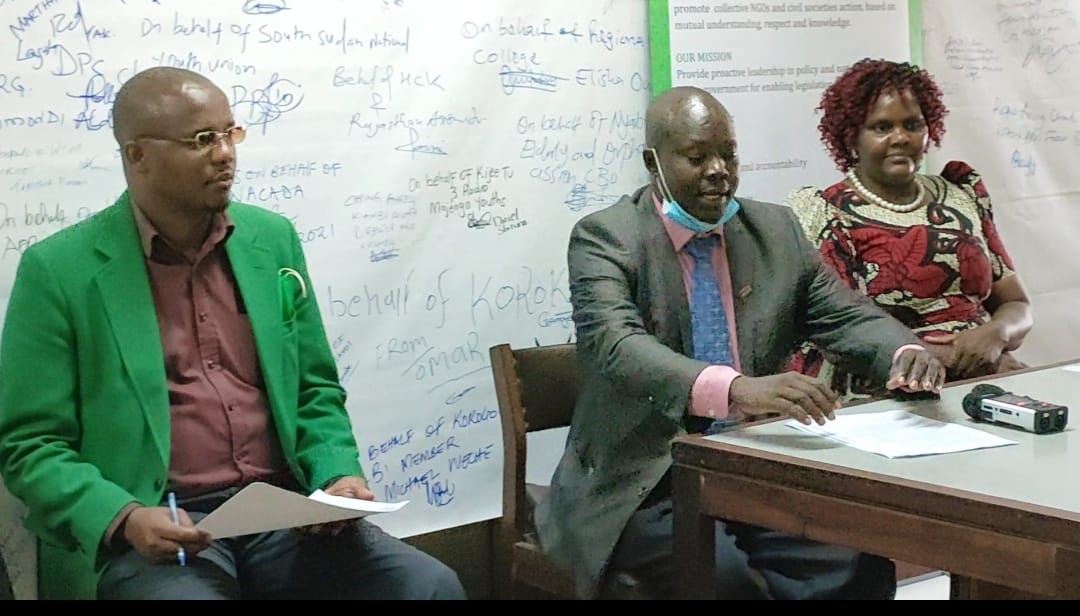 The National Council of NGOs has called upon political leaders and all aspirants of various positions to maintain peace and harmony in every part of the country during campaigns.

The National Chairman of the NGO council Stephen Cheboi urged political leaders to always maintain high levels of decorum and maturity as they reach out to Kenyans in various parts of the country.

“I urge all political leaders to avoid name-calling but instead sell policies and manifestos to the people,” he said.

They have insisted that all Kenyans should reject leaders who use propaganda and hate speech during campaigns.

Cheboi has also called upon all parties to put preparations in place that will ensure peaceful, free and fair party primaries.

The NGOs promised to continue to champion for peace and harmony among all Kenyans ahead of the August 9 General elections.