Ngatia To Set Aside Funds For PWDs 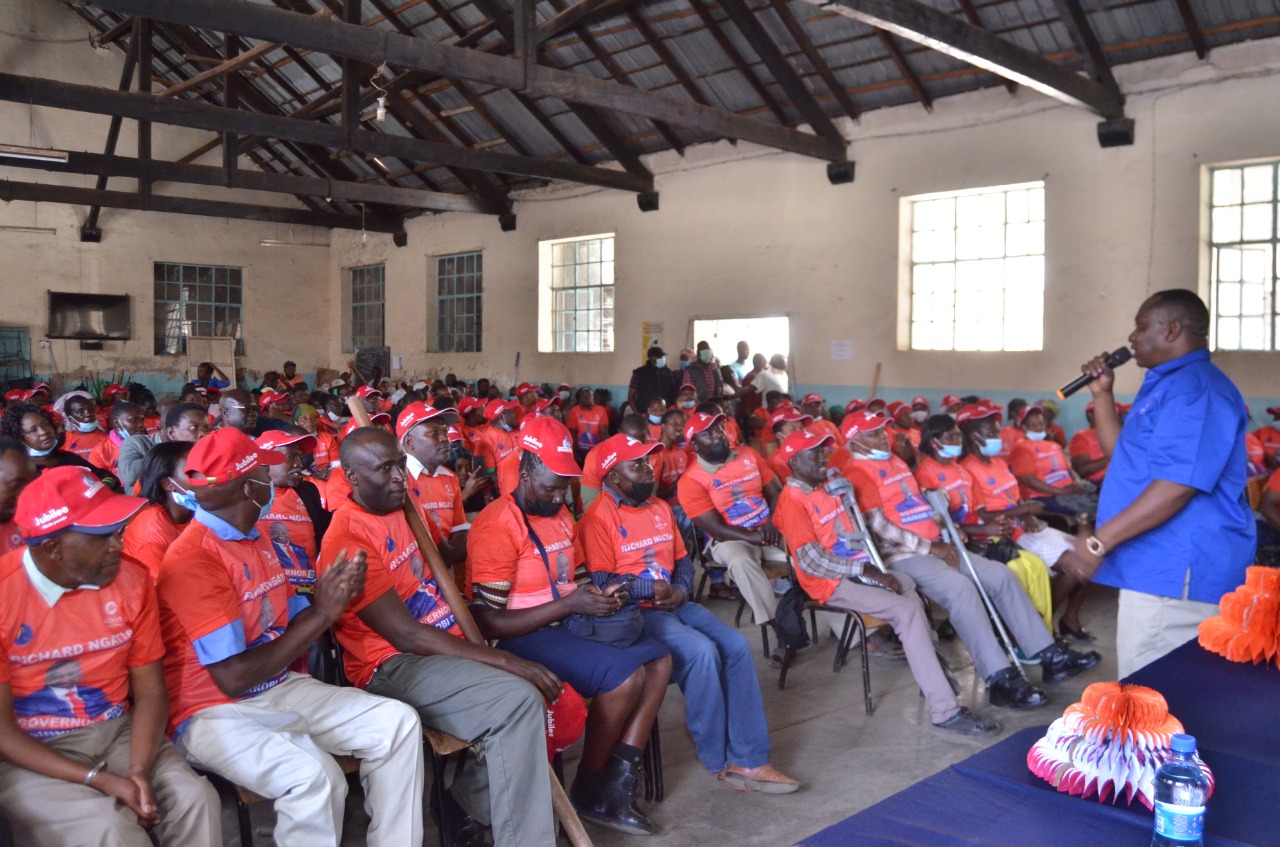 Leading Nairobi Gubernatorial aspirant Richard Ngatia has pledged to create an enabling environment for persons living with disability in the city of Nairobi.

Speaking after a ameeting with over 500 members of the group in Nairobi, Ngatia said small scale traders who are the majority in the city want a governor who will lower taxes and create an enabling environment for growth.

“I will ensure that you have been given an ample environment to conduct your businesses,” Ngatia told the group.

The National Chamber of Commerce and Industry boss also extended a welcoming hand to Weslands Law maker Tim Wanyonyi to be his deputy.

He said that he is ready to work with everyone who is willing including wanyonyi.

“In the spirit of togetherness championed by Azimio la Umoja I am welcoming him (Wanyonyi) to be my deputy, just the same way Uhuru and Raila are now working together,” said Ngatia

He expressed confidence that former Prim Ministers inroads in Central will deliver 90 percent of the Kikuyu vote.

With Public transport remaining the biggest challenge in Nairobi.

Police and county marshal have been unable to instill discipline and order among matatu and boda boda operators. The situation is compounded by traffic jams with commuters wasting man-hours stuck on roads.

Ngatia revealed that he will sort out the issues of matatu in the city adding that with the plans he will put in place the issues of congestion will be comprehensively addressed.