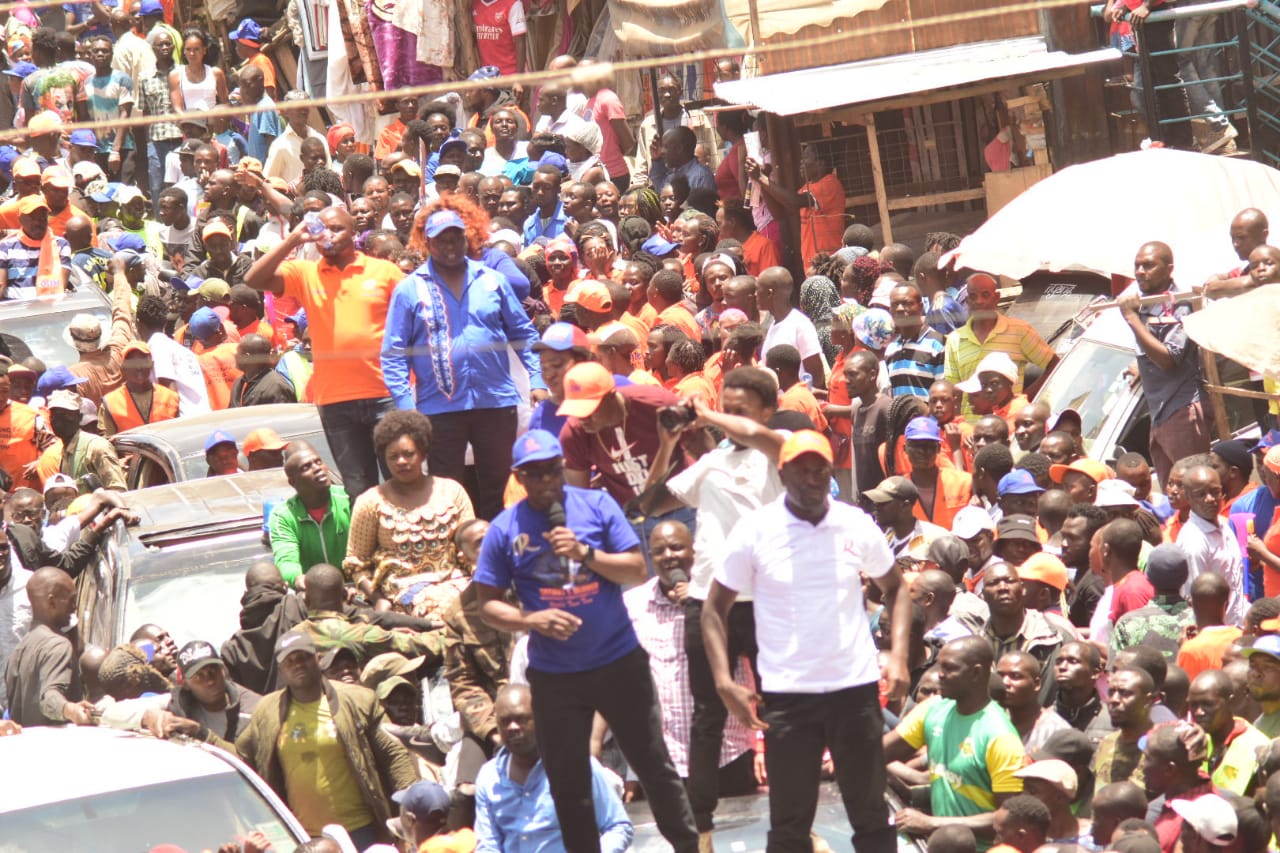 Ngatia,who is the President of the Kenya Chambers of Commerce and Industry (KCCI) has also promised to investalot in sanitation targeting all the informal settlements in Nairobi.

He said this while addressing thousands of Kibra constituency voters during the Nairobi County Azimio La Umoja rallies which he has been leading.

He said that his plan is to quickly lay down an amicable plan, in conjunction with the national government to continue with the stalled affordable housing program within the seven old estates in Eastland.

The program, according to him, will see private investors allowed to build affordable houses in Kibra,Mathare and the larger Mukuru slums in Embakasi South.

“ It is possible to decongest our slums, make everyone live a decent life if we get it right and consistently invest in housing programs,”

Ngatia revealed that his plan is to ensure Nairobi has at least 200,000 new affordable housing units with proper and reliable sewerage and sanitation systems

The program was floated back in 2016 and mooted in January last year but has always stalled due to financial constraints and political challenges. It is a public-private partnership project and now at the second phase.

Ngatia said that he will improve on NMS plan to build 60,000 units in the seven estates and rise it to 80, 000, noting that there is enough space for more.

He said that it is also important for Nairobi to work closely with the neighboring counties that form the metropolitan area.

“ Many people stay in Kajiado,Machakos and Kiambu but work in Nairobi and the vise versa is true.We must find ways of building more affordable units with the metropolitan so that those with low income are allowed not to be congested in one slum,” Ngatia said

He also promised to build more fire stations at strategic points as well as setting up more day care centres.

Ngatia drummed up support for Azimio La Umoja presidential candidate and promised to ensure he gets over 60% of Nairobi votes.