Ngatia Leads Azimio team, Vow to block Ruto from all seats in Nairobi 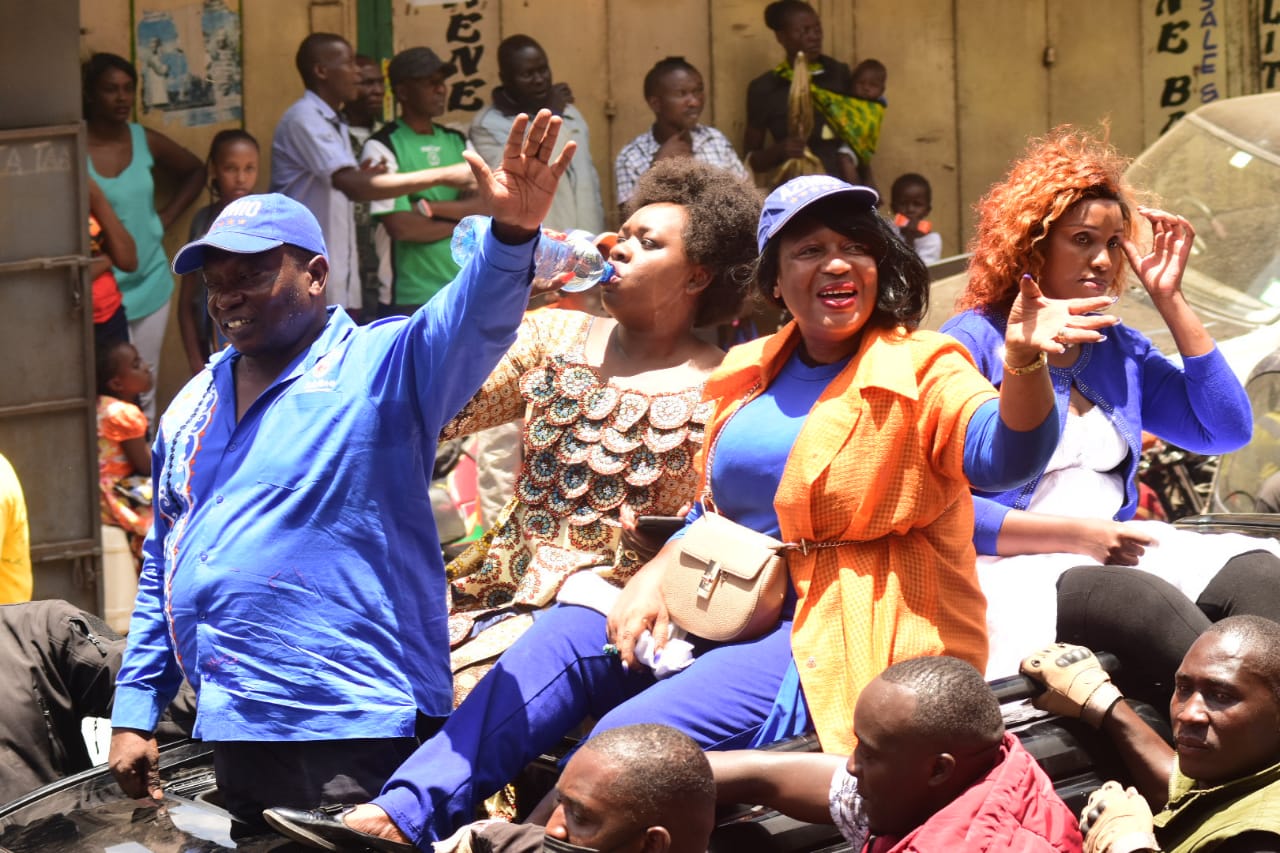 The Azimio stopover rallies in Nairobi on Saturday and Sunday went a notch higher after gubernatorial candidates joined the caravan to rally voters behind the Azimio Presidential candidate Raila Odinga.

After holding successful rallies in Westlands, Dagoreti, Lang’ata and Makadara.

The energized team took the Azimio onslaught to Eastlands on Saturday and Sunday where all aspirants for various seats united to rally city voters behind Raila.

” We are declaring that Nairobi is blue meaning that we are going to vote for Raila Amolo Odinga,” Ngatia said amidst pro Raila and Ngatia chants from the electrified crowds.

Makadara MP George Aladwa said that Nairobi will remain united to help Raila win even as the Azimio movement targets to ‘sweep’ Nairobi by winning 80% of the seats.

” This is Nairobi and we have been here for long and nothing has changed because we are still for ‘Baba’ Raila Amolo Odinga.We as the Azimio team we are promising that we will win 80% of the Nairobi seats,” Aladwa said.

On Sunday,the Azimio caravan pitched camp in Kariobangi and Dandora where it addressed thousands of voters.

Embakasi East MP and ODM Secretary General who is targeting the senate seat captained the team and were boosted with the presence of Siaya Senator James Orengo and former Gatanga MP Peter Kenneth.

At the Kariobangi roundabout,Orengo said that Kenyans are going to reject Deputy President William Ruto by overwhelmingly voting for Raila Odinga.

” Come August 9,we are going to send William Ruto home and by 8am,Raila Amolo Odinga will be president,” Orengo said.

On matters Nairobi,early efforts by a section of ODM leaders to lockout Richard Ngatia from addressing people were thwarted by the surging crowds that demanded to here from him.

Ngatia has vowed to mobilise without compromise every potential voter in Nairobi to vote for him and Raila Odinga.

He has also promised to ensure the Jubilee Party regains control of Nairobi.