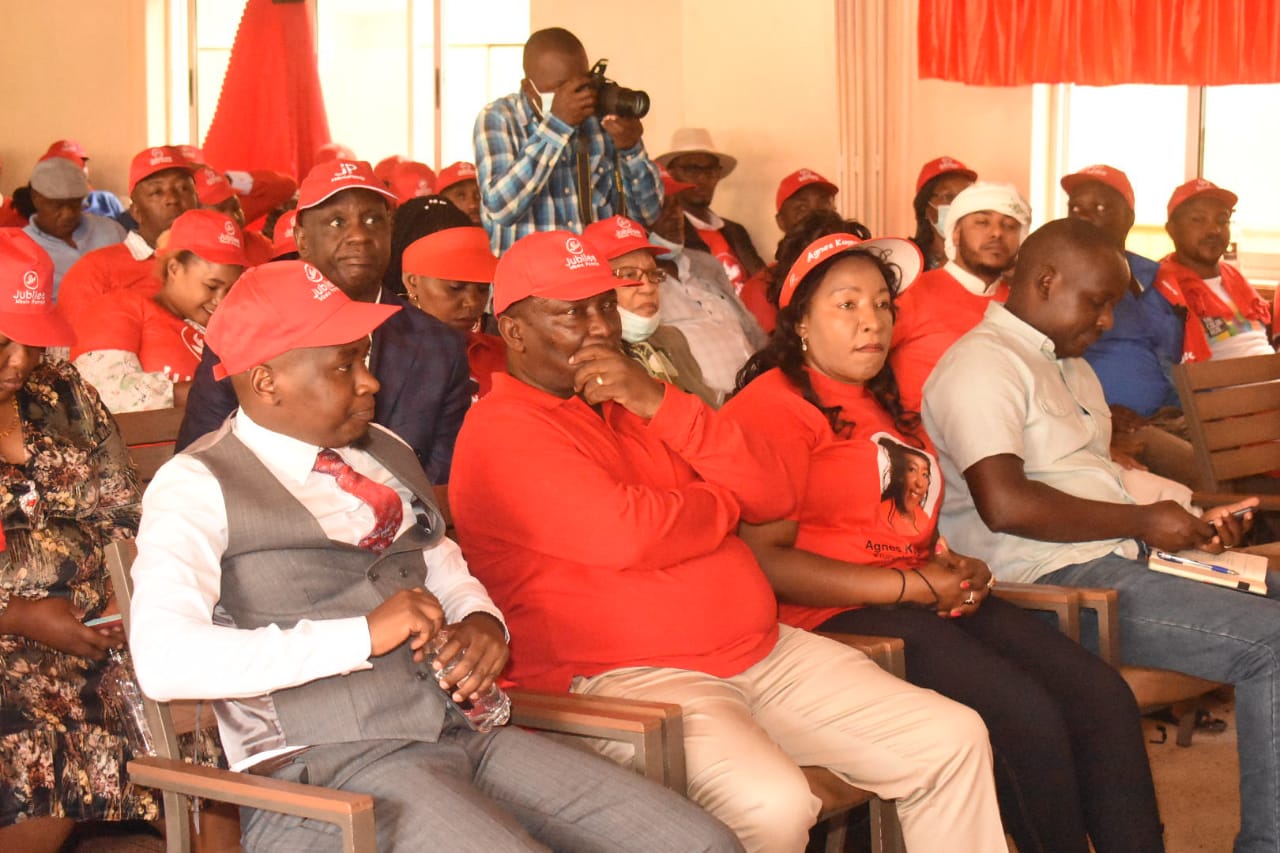 Jubilee aspirants in Nairobi convened on Friday for a strategy meeting aimed at solidifying it’s support base in Nairobi.

Nairobi Gubernatorial aspirant Richard Ngatia led the rejuvenated Jubilee leaders and over 100 aspirants in championing for unity ahead of the Azimio La Umoja rally scheduled for Sunday in Jacaranda.

Ngatia reiterated the need for unity among aspirants in the party, promising to lead the pack in restoring the party’s glory in the city politics.

” All of us who are competing within Jubilee must remain united to achieve our course,” Ngatia said

He called on the party to to back his bid,promising to support candidates who will sail through the party primaries.

” Support me and l promise to take care of you in your aspirations,”

Agnes Kagure who is also eying the gubernatorial seat emphasized the need for unity, noting that Jubilee remains the party of choice for many.

” We are here because Jubilee is the party of our choice and we remain equals until the voters will decide,”

The meeting was presided over by former Dagoreti MP Dennis Waweru and Kamkunji MP Yusuf Hassan.

The duo called on seriousness and total commitment among aspirants. They promised to ensure regular engagements and transparency in the party primaries.

” We are happy that you turned up in large numbers and our commitment is that we are going to engage more to affirm our power,” Yusuf said.

Yusuf who is the chairperson of Nairobi Jubilee MPs also called on the aspirants to rally their supporters behind the Azimio La Umoja movement.

The meeting brought together gubernatorial, senatorial,MP and MCA aspirants.

It is expected that the aspirants will hold various mega rallies across the city from next week.