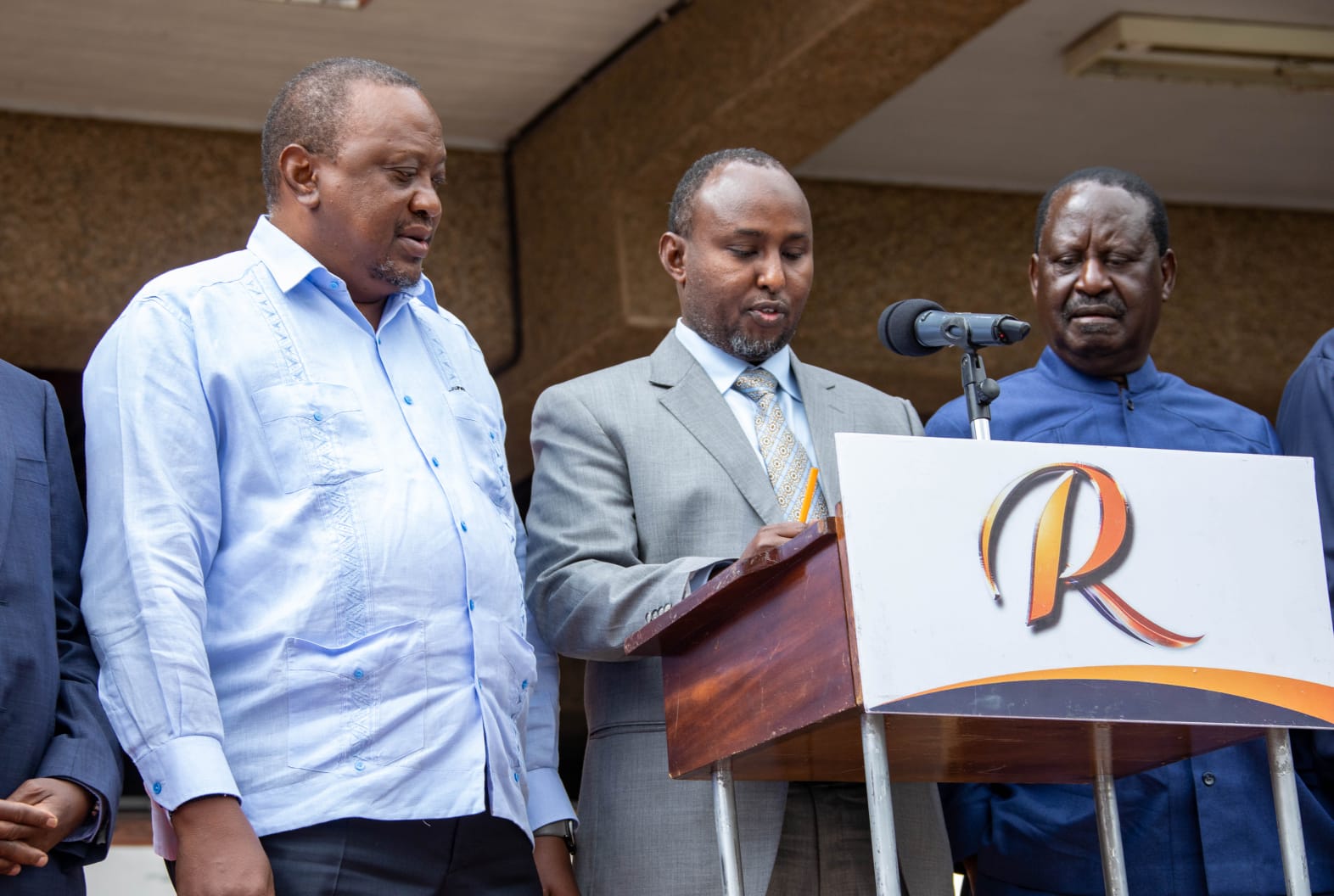 Richard Ngatia has been appointed as President Uhuru Kenyatta’s special envoy for trade.

Ngatia who stepped down from the Nairobi gubernatorial race in favour of Polycarp Igathe takes over immediately and will help the government in sealing more trade deals both regionally and internationally.

ODM leader Raila Odinga made the announcement on Friday afternoon when he unveiled the Azimio La Umoja team for Nairobi team.

The team has Igathe as the gubernatorial candidate and will be deputised by Professor Philip Kaloki of Wiper. Edwin Sifuna and Esther Pasaris both of ODM will contest the Senate and Woman Representative seat respectively.

Ngatia is still serving as the President of Kenya Chambers of Commerce and Industry.

He proudly welcomed the appointment, noting that he is ready to help Nairobi get more investors,bring more industrial partners to Kenya and ensure that the country remains an economic giant in the East African Region.

” This is is my forte and l take the appointment in good faith so that we can quickly start the process of positioning Kenya and Nairobi specifically for more trade ties,” Ngatia said