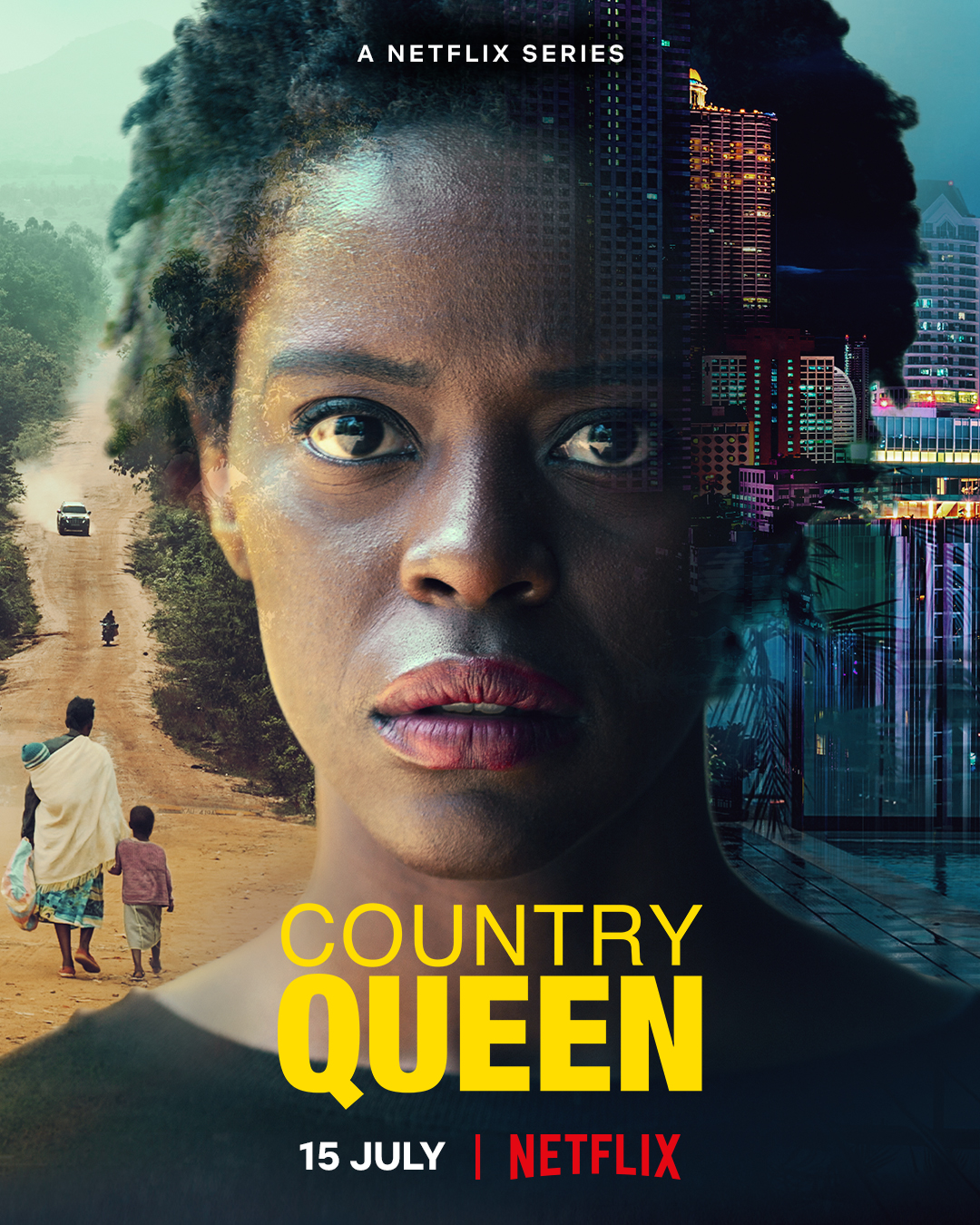 Streaming giant Netflix has announced that its first Kenyan licensed Branded Series, Country Queen will begin streaming on the service from the 15th of July, 2022.

Set in contemporary Kenya, Country Queen is a family drama series that tells the story of ordinary Kenyans fighting against a corporate power that threatens to destroy their homes and lives.

The series focuses on the issues of land grabbing and exploitation, and how these factors impact the lives and relationships of the main characters, their families and communities.

Filmed in Nairobi, Machakos County and Murang’a County, Country Queen stars Melissa Kiplagat as Akisa, a woman from a sleepy village who now leads a comfortable but complicated life in the city.

Her dark past and complex relationship with the powerful and ruthless Sibala family sets in motion a string of events with rippling consequences.

Directed by Vincent Mbaya, Tosh Gitonga and Brian Munene, the series also stars Melvin Alusa, Blessing Lung’aho and Nini Wacera in a thrilling tale that shows what happens when the past and present collide.

Speaking on the release of Country Queen, the producers say:

“Country Queen is a unique drama series that straddles the rural and urban worlds, and the inevitable clash of modernity and tradition that follows. The series also gives a unique and dynamic perspective to Kenya and East Africa, showcasing a very unique combination of characters, cultures and perspectives from the region. Producing Country Queen was also a particularly thrilling experience, seeing as it is Netflix’s first Kenyan co-production. The show is authentically African and produced to the highest of standards. We are indeed excited for Country Queen and what it means for the future of the Kenyan film and television industry.”

Featuring a language mix of English and Swahili, Country Queen also explores themes like rural-urban conflict, inter-family relationships, betrayal, love and commitment, as well as the intersection of tradition, leadership, culture and capitalism.

A prevailing theme of the show is also the pursuit of ambition in the face of loyalty to tradition and cultural history.

“We’re excited to bring this authentic Kenyan story to our viewers around the world. More than 222 million entertainment fans will get the opportunity to experience Kenya’s talent and creativity with Country Queen,” says Nkateko Mabaso, Netflix’s Director of Licensing in Africa. “The MOU we signed with the Kenyan government in April signaled our intention to meaningfully contribute to Kenya’s creative community and through this title, we want to show – not just tell – how committed we are to making sure Kenyan stories find a place to shine on a global stage.”

Country Queen premieres exclusively on Netflix on Friday the 15th of July 2022.