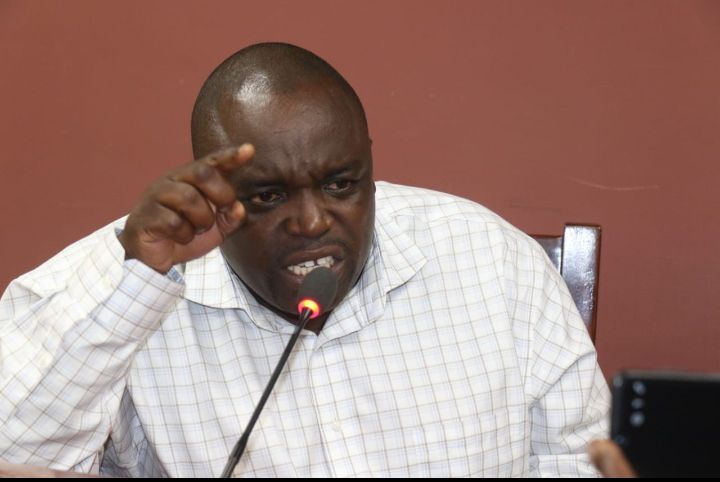 Nairobi Mcas have come out to defend Governor Johnson Sakaja’s move to relocate matatus from CBD.

Led by Absalom Odhiambo Matach, the city ward reps have told off deputy president Gachagua not to intefer with Sakaja’s government but rather he should focus on matters of National interest.

“We want to tell Gachagua, please let Sakaja do his own work that he was elected to do, Nairobi is not for Kikuyus only,you must apologise to our Governor, “Matach said.

Mca Matach further said that ,Nairobi is controlled by Azimio wing,and and not Kenya kwanza, hence Gachagua should control UDA allied Counties and not Nairobi.

The Mcas have now call upon Sakaja to ignore any external forces that wants to control him and loose his focus on delivering in his manifestos.

During the commissioning of an ICT infrastructure in Nyeri Town, Gachagua told the Nairobi governor to take it easy in the manner in which he is running the city, adding that Mt Kenya people chose him and he should not do things without consulting them.

He cautioned Sakaja against the plan to relocate matatus from CBD, saying it might have far-reaching political implications.

“Governor Sakaja slow down. I mobilised the Kikuyu votes for you, so don’t hurt our businesses. This idea of removing matatus from town is not good. I will sit down with you so that we can come up with a solution. Matatus should be let to operate freely in town,” said Gachagua on Monday, December 19.

While advising Sakaja to emulate Governor Susan Kihika, Gachagua claimed how he influenced the downfall of the former Nakuru governor Lee Kinyanjui after he relocated matatus from the CBD.