Nairobi MCA on the Run after Auctioneers Pounced on his Car 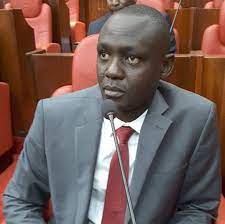 The vehicle was then driven into the assembly premises where it took days before Munga whisked the vehicle away.

The court had certified the matter as urgent and even went ahead to stop the auctioneers from taking any action until the matter is fully concluded in court.

Pending Interpartes hearing of the application, an order of temporary injunction is hereby issued restraining the first and Second defendants, whether by themselves or servants, from re-possessing, attaching, disposing, selling or in any other manner interfering with the motor vehicle registration number KBV 777K Toyota Landcruiser V8

“Am not aware about helping him you can call Munga to clarify such,” Imwatok said and hung our call.