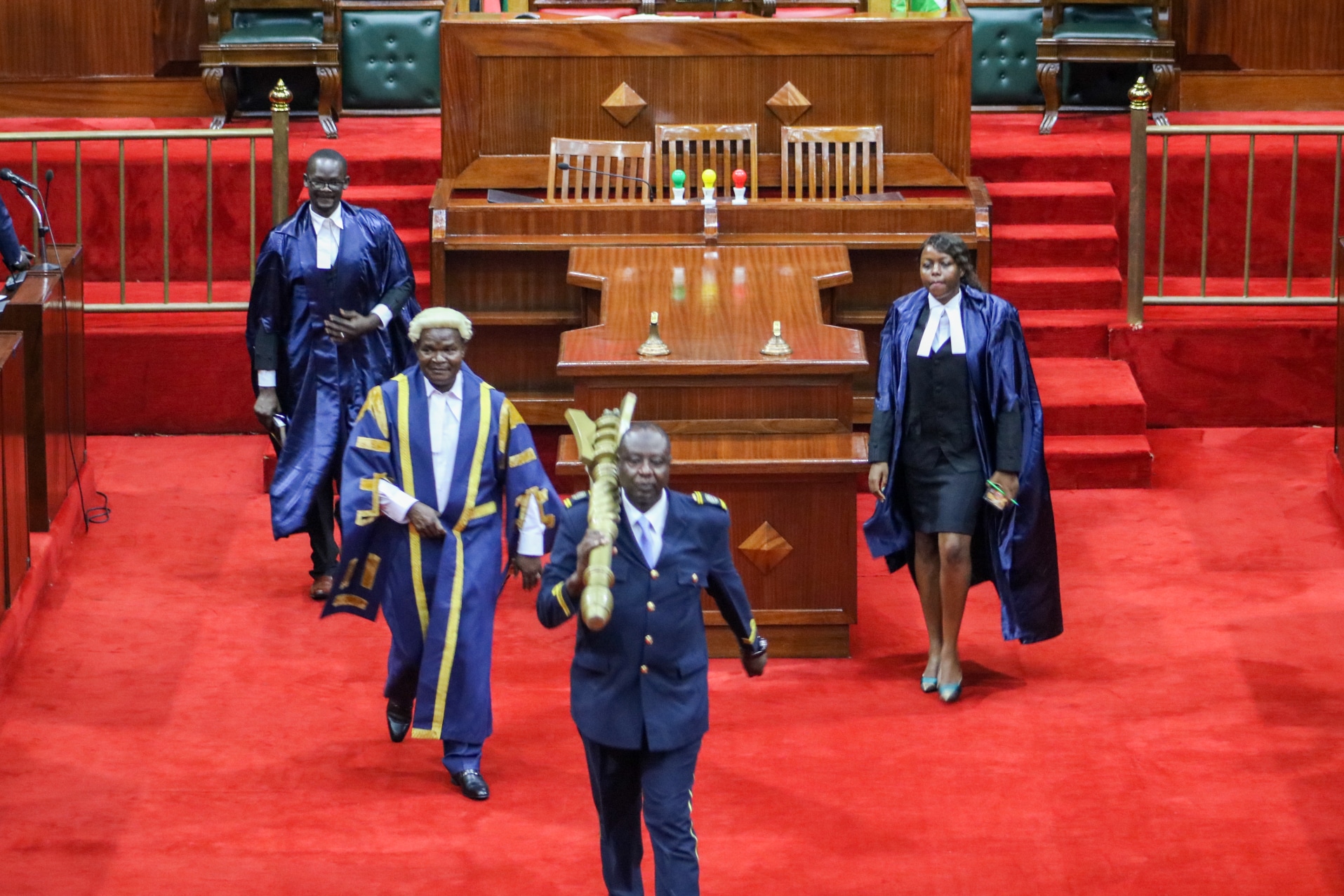 Nairobi County Assembly on Tuesday, December 13, 2022, adjourned for a long festive holiday recess to resume on February 14, 2023, ahead of the vetting of Chief Officers on December 22, 2022.

Addressing the Assembly before the break, Nairobi City County Assembly Speaker Kennedy Ngondi urged the legislators to remain well and return in good shape in the New Year.

“For those who drink Jack Daniels and the rest, kindly do not drink and drive. We need all of us to come back in 2023 in good shape,” Ngondi stated.

In his message to the Assembly, the speaker communicated to have received a list of names that the City Governor Johnson Sakaja had nominated for the Chief Officers Post.

This comprised a list of thirty-three names who will work with the ten CECs once approved by the select committees upon approval.

“I wish to report that on Thursday, December 8, 2022, I received a message from Governor Sakaja regarding the nomination of persons appointed as Chief Officers to the various sectors and sub-sectors. I commit the nominees to the various select committees for consideration. Due to the urgency of the matter, the committees are requested to hold their approval hearings on December 22, 2022, and thereafter table their reports as soon as possible,” the Speaker stated.

Last week Thursday, the Nairobi County Government Executive was fully installed after the swearing-in of the ten Members of the County Executive Committee CECs.

This came minutes after the County Assembly unanimously approved the report by the Select Committee on Appointment.