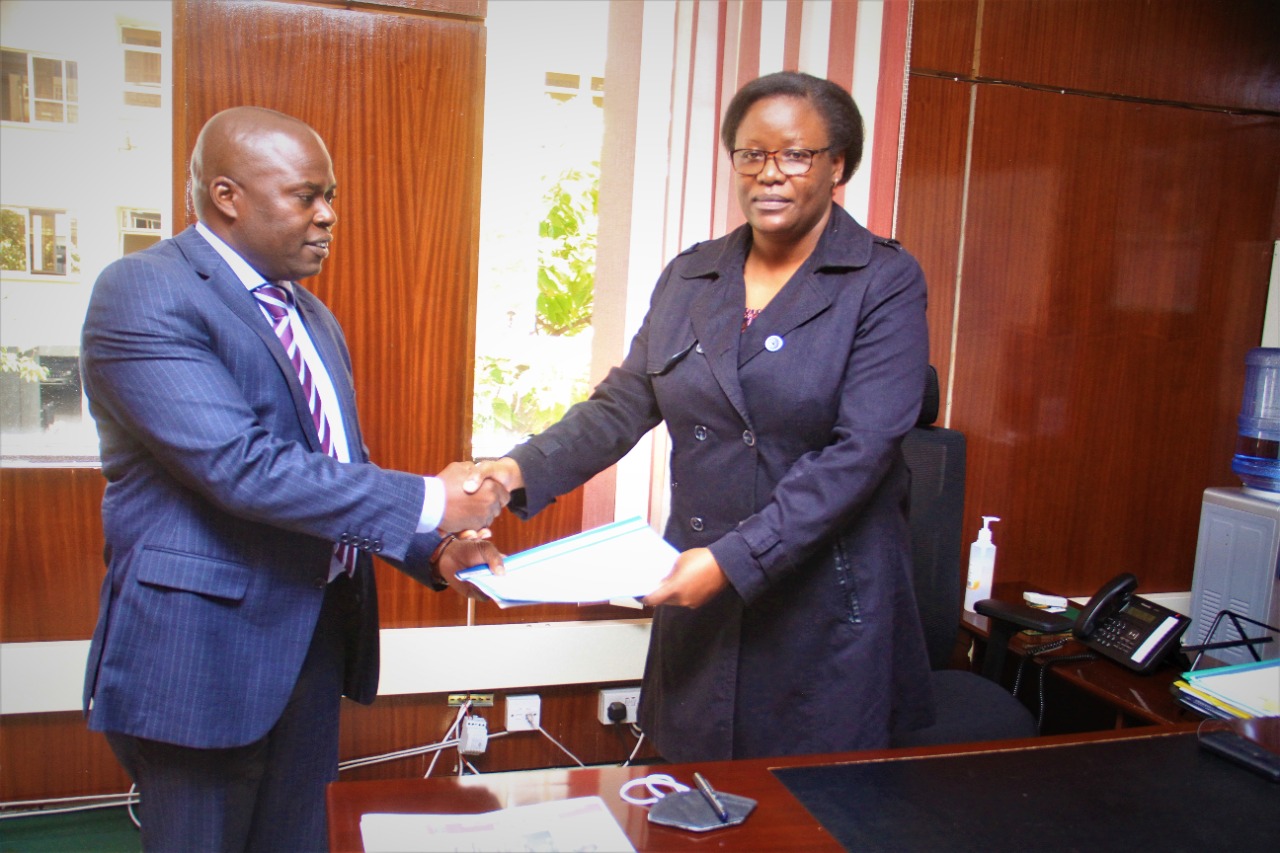 Following the directive by the Labour Court Judge Lady Justice M. Onyango for the assembly Clerk Edward Gichana to step down, he has officially handed over to the deputy clerk in charge of administration.

The court of appeal had on Friday 4th directed Gichana to step aside pending the determination of the case.
The ruling by Lady Justice Onyango had mandated the Deputy Clerk madam Pauline Akuku to take over in accordance with section 21 of the County Assembly Services Act 2017.

“While I will be seeking justice in the same court as a law abiding citizen, I have today stepped aside fron the position of a cleark as directed by the court and handed over all the functions duties and powers of the clerk to my deputy Ms Pauline Akuku untill the appeal is determined,” said Gichana.

On her part Akuku maintained that she will hold the office dilligently untill the determination is made.

Former clerk Jacob Ngwele challenged assembly board decision to dismiss him saying law was not followed.

However Gichana has maintained that he was dismissed without a proper hearing.