My client is in office legally,Lawyer Ndegwa Njiru tells off Ahmed Nassir over Wajir power wrangles. 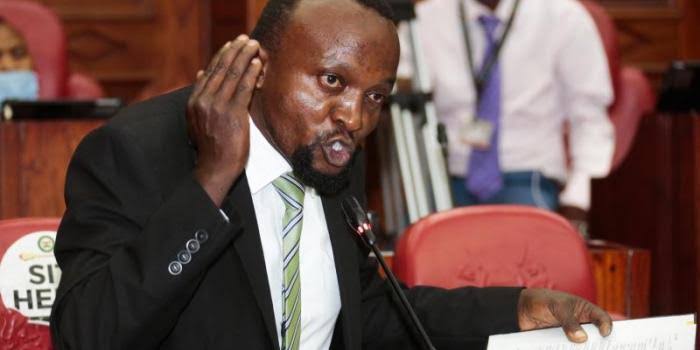 Well renowned Kenyan lawyer Ndegwa Njiru has blast his senior counsel lawyer Ahmed Nassir over his recent letter he sent to his client the now impeached Wajir govener Ahmed Mohamud purporting that his deputy is now the duly county boss.

In aletter addressed to lawyer Nassir, Ndegwa described him as someone who doesn’t understand the kenyan constitution, urging him to read wide and understand it.

“I refer you my Senior to read and walk through the 2010 constitution and attempt to locate article 22 which is self explanatory,”Ndegwa stated in the letter.

Lawyer Ndegwa further urged the Wajir deputy governor to stick to his duties and respect the office of the governor pending court hearing.

“Kindly advice your deputy governor of Wajir to remain on legal lane of law to avoid collution of performance by governor Ahmed Mohamud,”Ndegwa added .

The ousted govenor Mohamed argued that his impeachment from the office and the subsequent swearing-in of his deputy Ahmed Ali Mukhtar as the county governor was unconstitutional.

Speaking at the Council of Governor’s offices on Tuesday, May 25, the troubled former governor said he would continue to be in charge of the county affairs until his petition is determined.

“I will continue to be in the office as the governor of Wajir until a petition before the court is heard and determined. To my DG, I know you as a humble person who has never shown any ill motive. I reaffirm our relationship,” he said.