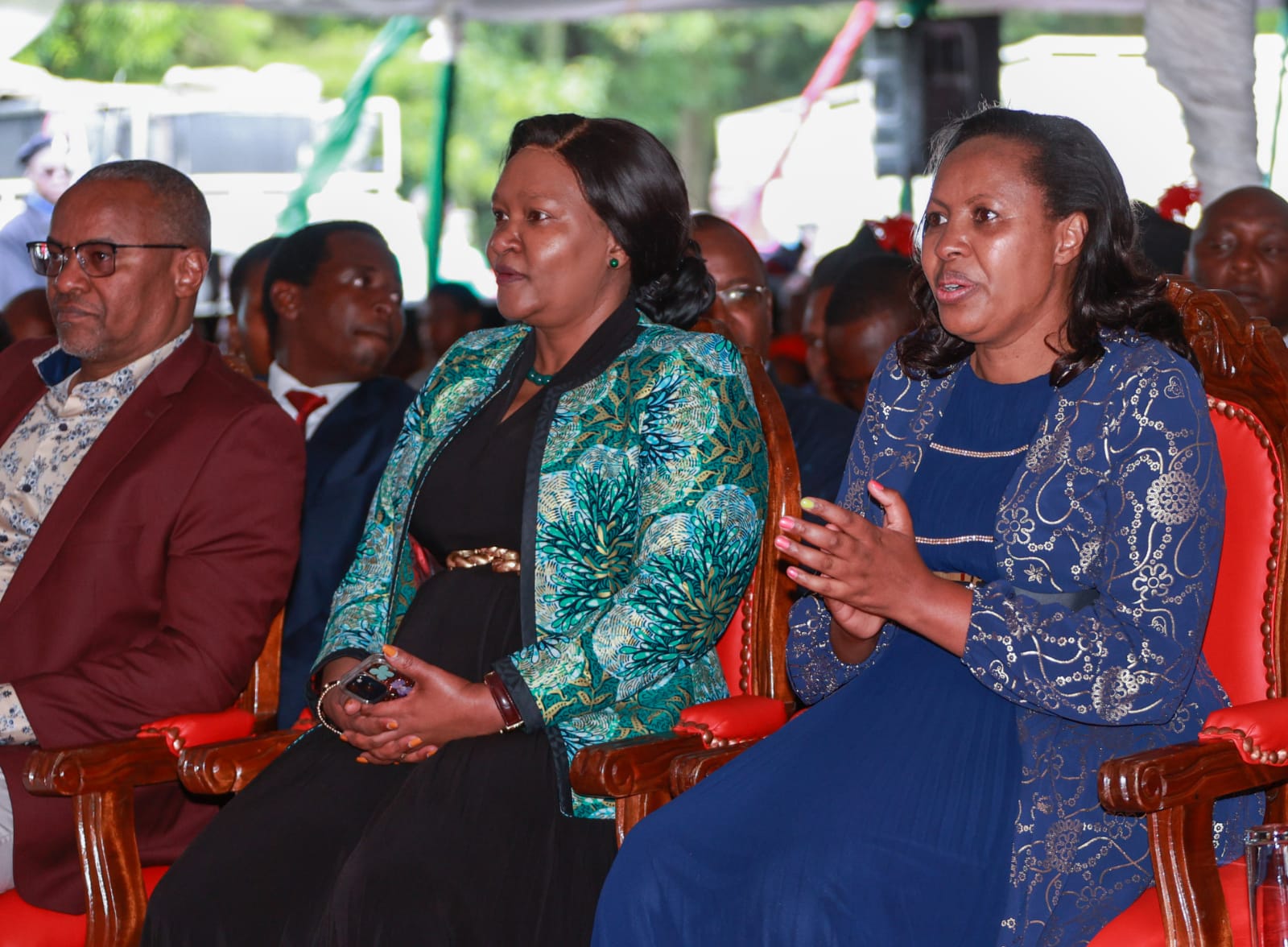 Kipipiri Member of parliament Wanjiku Muhia has requested president William Ruto help the County government in the construction of the stadium and completion of stalled projects.

Muhia spoke on Sunday during an interdenominational church service in Kipipiri, Nyandarua County which was attended by President William Ruto and his deputy Rigathi Gachagua.

She said the Captain Wanjohi-Geta-Ndunyu Njeru Road stalled despite being fully funded by the national government.

She said the road is important for the economic well-being of residents and the ministry should provide measures to maintain and make the road motorable.

She further lobbied for the construction of dams as well as stadiums in the County to help to nurture talents.

She congratulated the head of state for immense support during the campaign period and for allowing her to serve as the chairperson for Regional Integration.

“Mr. President, I would like to take this opportunity to say thank you for giving the people of Kipipiri and Nyandarua County an opportunity to interact with you,” Muhia said.

The MP further petitioned the national government to help in the promotion of businesses and the construction of factories to help in food processing.

Muhia further urged the head of state to help in the completion of the cancer center noting that the projects once completed will help in solving health problems.

She said the cancer center was her brainchild from 2013 when she served as the Woman Representative for Nyandarua.

She further lauded the President’s commitment to lead the reinstatement of CDF noting that the money has been helping the developments in the constituencies.

“We’re on track, from baby steps to giant strides in nurturing democracy. It can only get better. With the polls done and dusted, real work must now begin and I will make Kipipiri great again, “she said.

President Ruto assured the Nyandarua leadership that his administration will help to transform the County.