Local Comedian Reveals What Her Wife Did to His Career 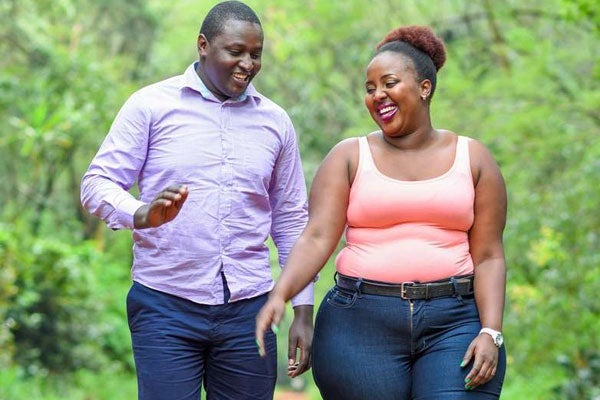 On their Vlog, Milly said she didn’t let in Terence that easily. It took her three months to be involved into intimate with Terence as he was playing the 90 days rule. Terence who had been married before had to choose between keeping his wife or staying committed to Milly. He gave a thought and chose Milly.

“I was in the exit process. It took some time to make certain decisions. I finally decided to settle in, probably because I saw something different. We connected.” Shared Terence.

In their early dating life, Terence was struggling with alcoholism, smoking and had no steady source of income.
He stayed in Milly’s house for seven years.

“As a man it was uncomfortable for me as I was broke,” he added.

Milly believed in Terence and was patient enough.

“Terence was not that man you would want. When I met him, he was so disorganized in terms of his perspective and dream,” Milly said.

Terence stated that he found peace in Milly Chebby and he knew he was the man who would help him accomplish his dreams.