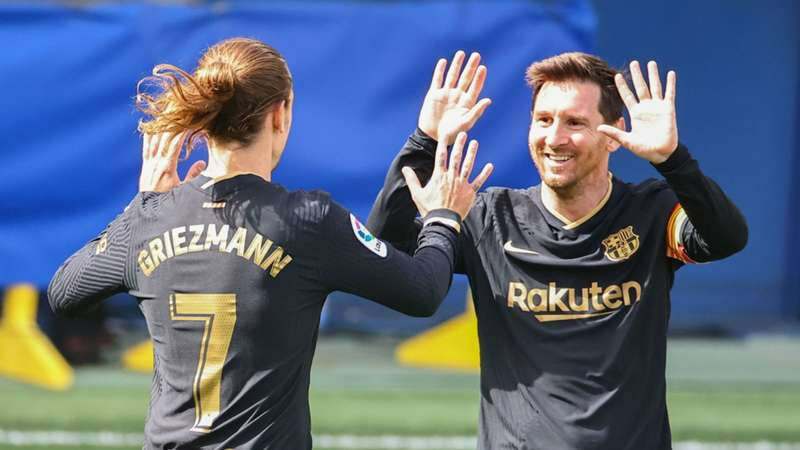 Chelsea are reportedly making plans to sign Antoine Griezmann on loan from Barcelona.

The Daily Express says the Blues could use the 30-year-old’s France team-mate Kurt Zouma to help set the platform for a potential move in the summer.

​​The sale of Antoine Griezmann is essential for Barcelona if they hope to keep Lionel Messi at Camp Nou.

Barca need to substantially reduce their wage budget in order to re-sign the Argentine, as well as cutting the salaries of several key players.

Griezmann has the experience and quality to add a new dimension to Guardiola’s City lineup, having enjoyed successful spells at Real Sociedad and Atletico Madrid before joining Barca in 2019.

The 30-year-old has scored 220 goals in 558 senior matches since turning professional in 2009, but has struggled to produce his best form in his first two seasons at Camp Nou.