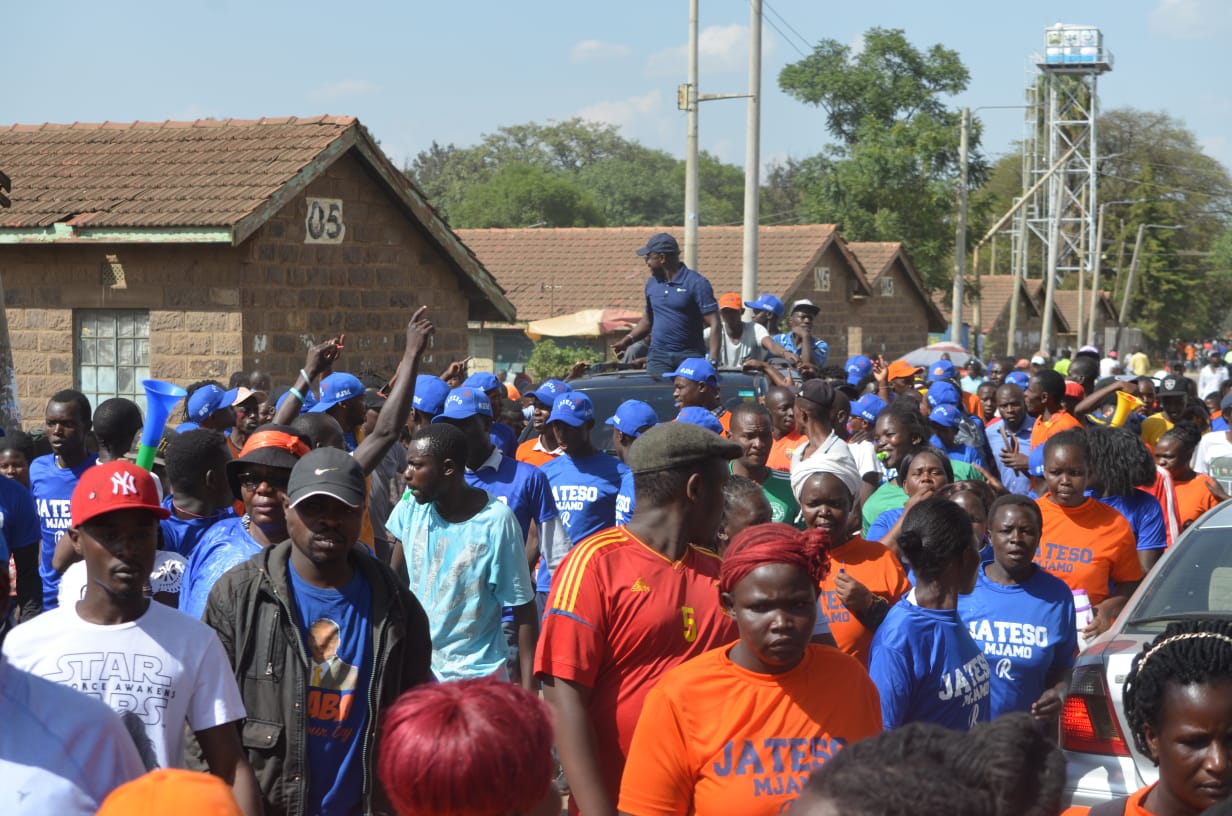 Makongeni MCA Peter Imwatok has taken Azimio campaigns in Nairobi by a storm.

Yesterday the flamboyant MCA mobilized close to 5000 supporters in ongoing Azimio campaigns in the City.
Imwatok who is part of the ODM campaign machines urged Nairobi residents to elect ODM leader Raila Odinga as their next president.
“In Makadara alone I have equipped more than 3000 youths to move all over Nairobi just to look for votes for our next president Raila Odinga,” he said.
“We can’t afford to be in opposition again …Baba has done a lot for this country and am assuring you with the presidency mantle baba will do a lot for sure…let us support him so that Kenya can be great again.” Imwatok said.
The Azimio team yesterday traversed better of Eastlands as they drum up support for Raila Odinga who jetted back in the country over the weekend.