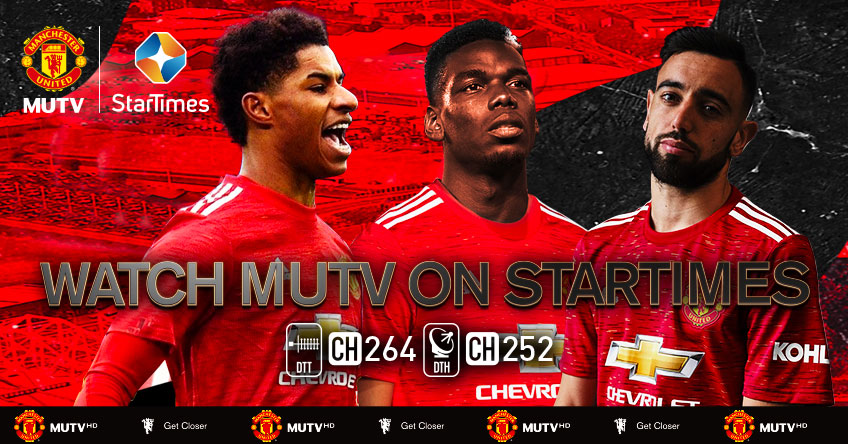 Pay television broadcaster is scheduled to air upcoming Manchester United pre-season fixtures ahead of the 2022/23 season kick off. The fixtures will give the club’s fans a preview of the team’s preparations with the new boss Erik ten Hag.

The pre-season matches will air on Man U TV on the broadcaster’s digital television platform. StarTimes broadcasts MUTV to subscribers in over 30 countries across sub-Saharan African, representing the biggest agreement of its kind by Manchester United in the region.

Speaking on the upcoming friendly fixture, StarTimes Regional Marketing Director Mr. Aldrine Nsubuga noted that, “Manchester United enjoys massive support locally and despite the club not having been at the top of its game in recent years, there is a lot of expectation in the coming season given that the club has a new experienced coach and we are happy our subscribers can enjoy these pre-season fixture live on the StarTimes platform.”

To watch the pre-season fixtures, fans can enroll to the StarTimes Basic bouquet and tune in to MUTV on channel 264 for the pay television company’s terrestrial subscribers and Classic bouquet channel 252 on satellite platform. Subscribers will also be in a position to watch on the brand’s online application, StarTimes ON thereby widening access in the event one is away from home.

The Reds have shown great improvement with key victories in past pre-season fixtures against Liverpool in Bangkok and Melbourne Victory and Crystal Palace in Melbourne.

Exclusive: One on One With Agilitee Founder Mandla Lamba