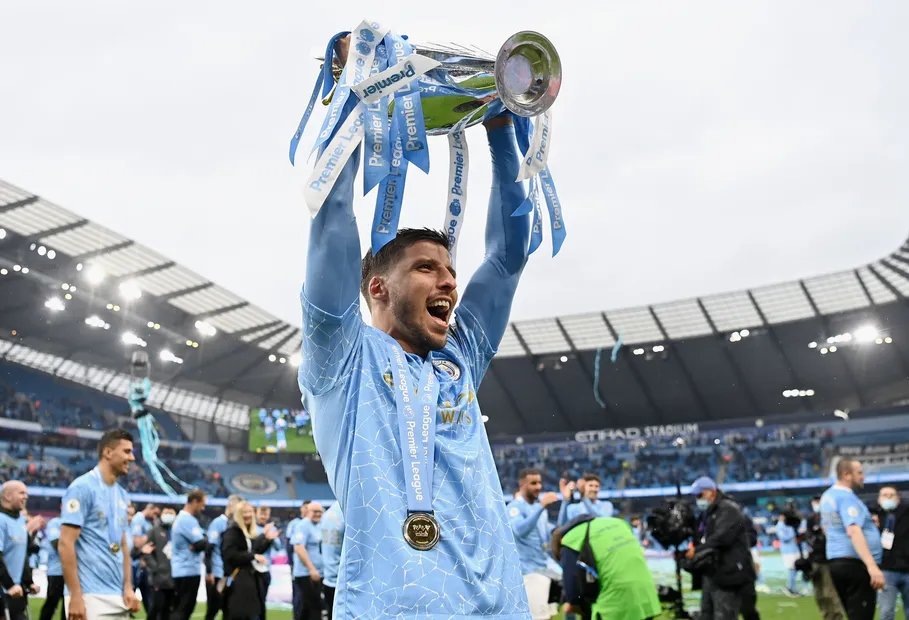 Ruben Dias has been named the Premier League Player of the Season for the 2020/21 campaign, while Manchester City boss Pep Guardiola has won the Manager of the Season award.

Dias completes an individual award double after winning the Football Writers’ Association award in May, beating his City team-mate Kevin De Bruyne – who won the Premier League Player of the Season award last season – and Tottenham striker Harry Kane to the honour.