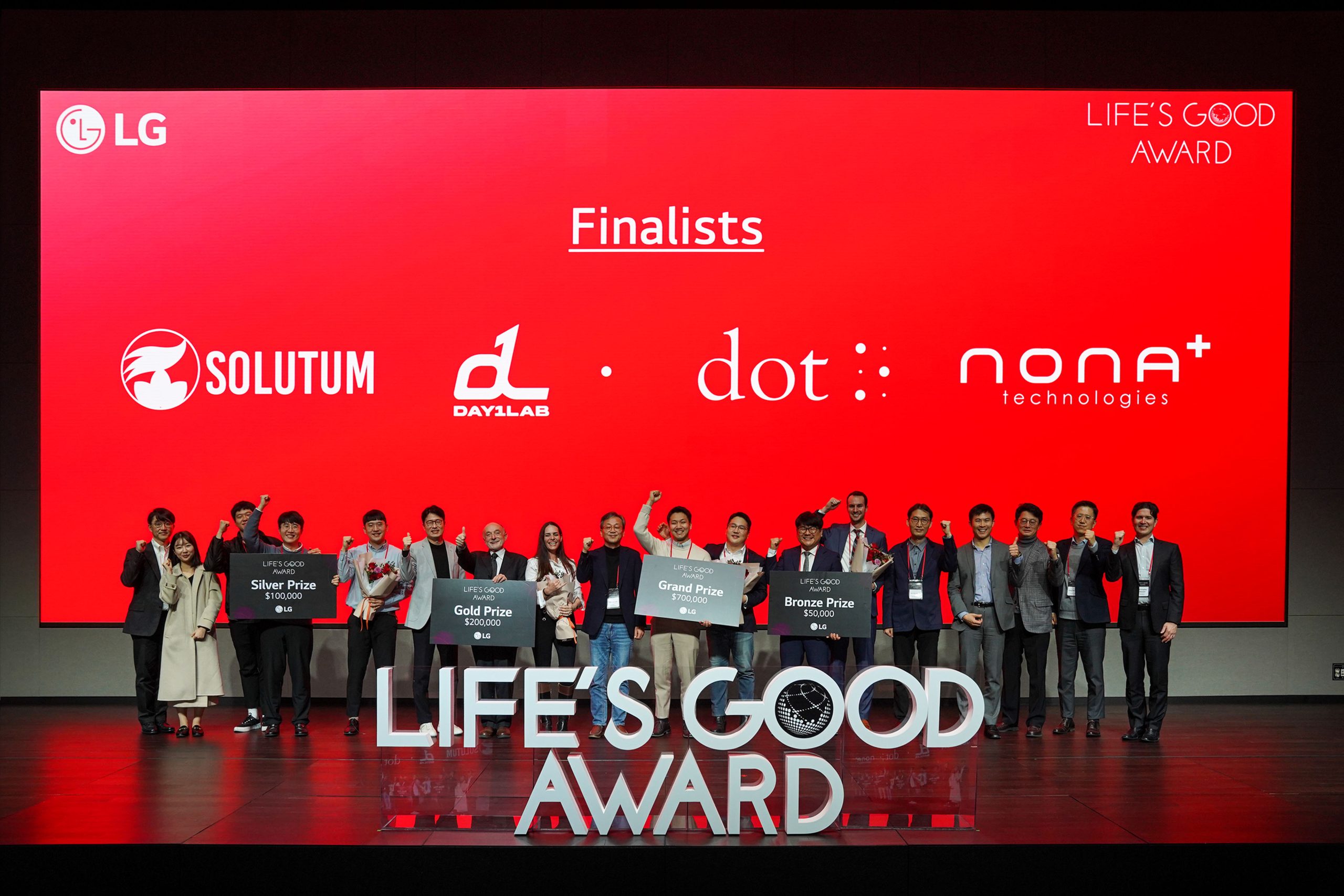 LG Electronics (LG) has announced and awarded the final winners of its LIFE’S GOOD AWARD, supporting global innovators taking on challenges to help create a Better Life for All.

Topping the list of the four finalists was Dot Inc from South Korea which walked away with Ksh.86,765,000 (USD 700,000) and the Grand Prix Award. Dot Inc was awarded for developing an assistive information display device for the visually impaired composed of 2,400 braille pins – or ‘dots’ – which move up and down.

The novel device converts images, maps, and other diverse digital information from connected devices such as computers and mobile phones into a display for visually impaired users to comprehend.

Giving his remarks on the award, LG Electronics Chief Strategy Officer Lee Sam-soo said “We will continue to collaborate with like-minded innovators as we forge ahead on a shared journey to create a sustainable future for all, embracing the company’s Life’s Good vision.”

Coming in second place was SOLUTUM of Israel which developed a novel plastic material that dissolves in water at ambient temperature and then biodegrades leaving no microplastic or toxin residue. They walked away with Ksh 24,810,000 (USD 200,000) and a Gold Award. In third place was Day1Lab of South Korea which created an organic polymer plastic that completely biodegrades in freshwater after about two weeks, and in the earth after about two months, and fourth place was NONA Technologies of the United States that developed a desalination solution leveraging Ion Concentration Polarization (ICP) to remove viruses, bacteria, salt and debris from the water. The third and fourth winners walked away with Ksh 12,405,000 plus a silver award and Ksh 6,202,500 million plus a Bronze Award respectively.

“We will continue to pursue solutions assisting the visually impaired, and thanks to LG’s support, we will be able to achieve this at a greater scale and in less time than we otherwise would have. Besides, we are so grateful for this experience and are looking forward to collaborating with LG in the future, a company that really shares our desire to make the world a better place.”

The jury ranked the final four teams after each of the teams pitched their innovative solutions in the award’s final round, held during the LIFE’S GOOD AWARD Conference at LG Science Park in Seoul, Korea, on January 16. LG’s own executives leading the company’s ESG management, CSO Lee Sam-soo, and CTO Dr. Kim Byoung-hoon, were present as well.

The award embodies LG’s ESG vision of a Better Life for All, aiming to foster a brighter future for the planet and people. The company aimed to solicit ideas for environmental sustainability and accessibility, two key focuses of its long-term ESG initiative, the Better Life Plan 2030. The ingenious solutions presented by the four winners illustrate the power and potential of tech-for-good to spread a positive impact on the world.

Meanwhile, LG will carry out ESG efforts spearheaded by the Better Life Plan 2030 and continue to share the initiative with internal employees and external stakeholders, in order to bolster the company’s sustainable business practices.