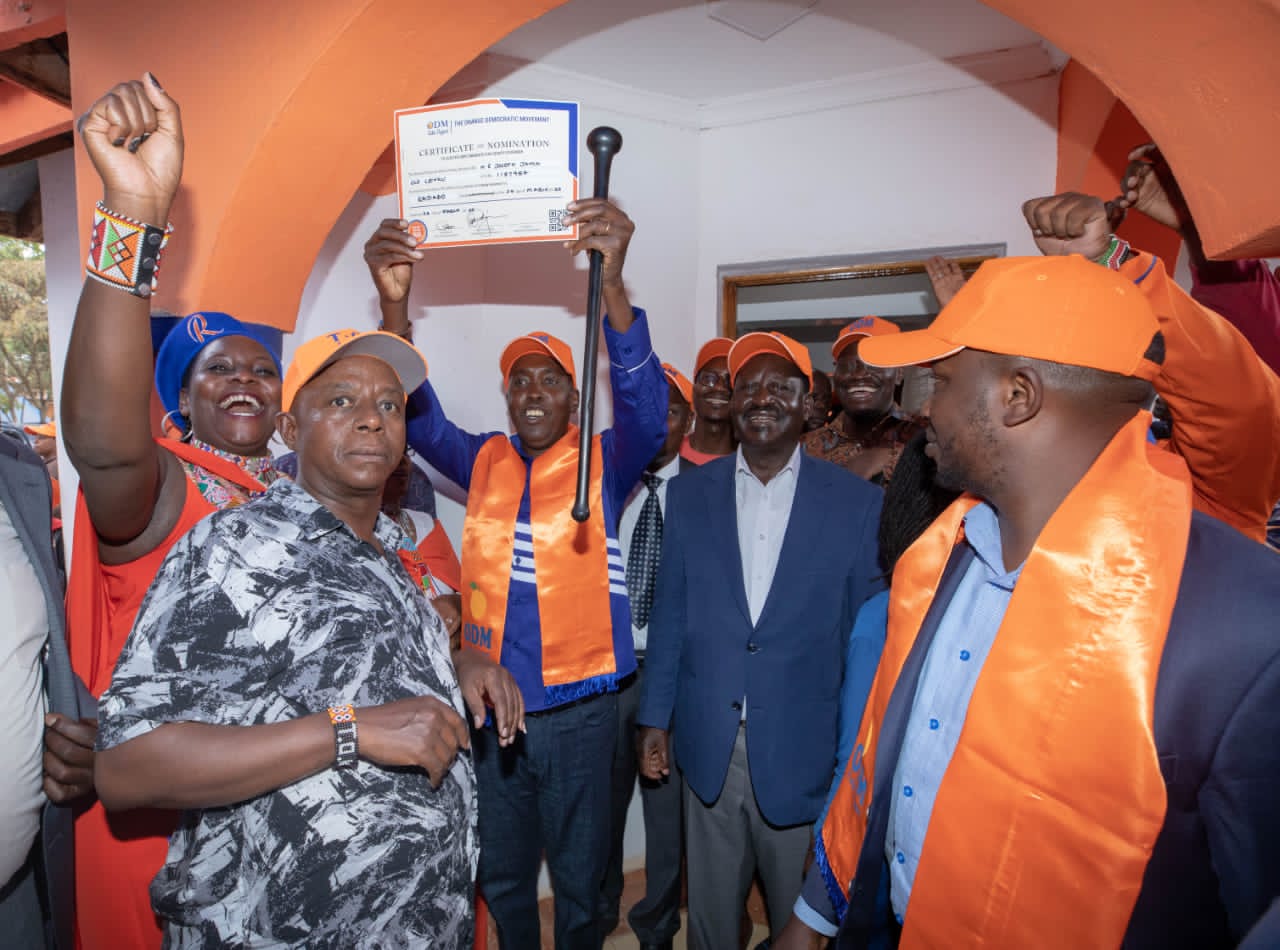 The defection of Kajiado governor from Jubilee to ODM seems to have not gone well with a section of Jubilee party officials and even President Uhuru Kenyatta.

Sources indicate that the president dressed down a top Jubilee official for misleading him to endorse former governor David Nkedianye who decamped from ODM to Jubilee.

This is after the majority of elected Jubile MCAs and aspirants followed Lenku to ODM, leaving the party with almost no potential candidates for at least 11 wards in the county.

Former Kajiado Senator Peter Mositet who is now one of the Deputy party leaders is said to have been the man behind the confusion that has seen both Lenku and Nkedianye change parties. However, a brief made to the president about the actual situation on the ground seems to have made him feel betrayed.

“The president and Lenku have always had a close and cordial working relationship and he was shocked when Lenku switched to ODM,”

It is believed that some Jubilee officials had convinced the president that Nkedianye was the most popular between the two but the fact that he is not being backed by majaority of the elected leaders and aspirants has sparked early resentment.

Last week,the Star reported that before Lenku’s defection. He had been told to drop his Deputy Martin Moshisho for a running mate from the Mt Kenya community living in Kajiado with Lenku saying the move could bring a backlash among the host community.

Lenku said the move  could antagonise his populous Matapato base in Kajiado Central where his deputy comes from and face resistance from the ten Ilmeirish age set which is critical in his re-election bid.

The Star reported that  the latest developemts could see Jubilee miss candidates for more than 10 MCA seats after sitting ones, who had paid up their nomination fees defected with Lenku.

The first casualty is Imbirrikani and Nkaimurunya wards which the majority leader and majority whip Julius Moipai and James Waichanguru represent.