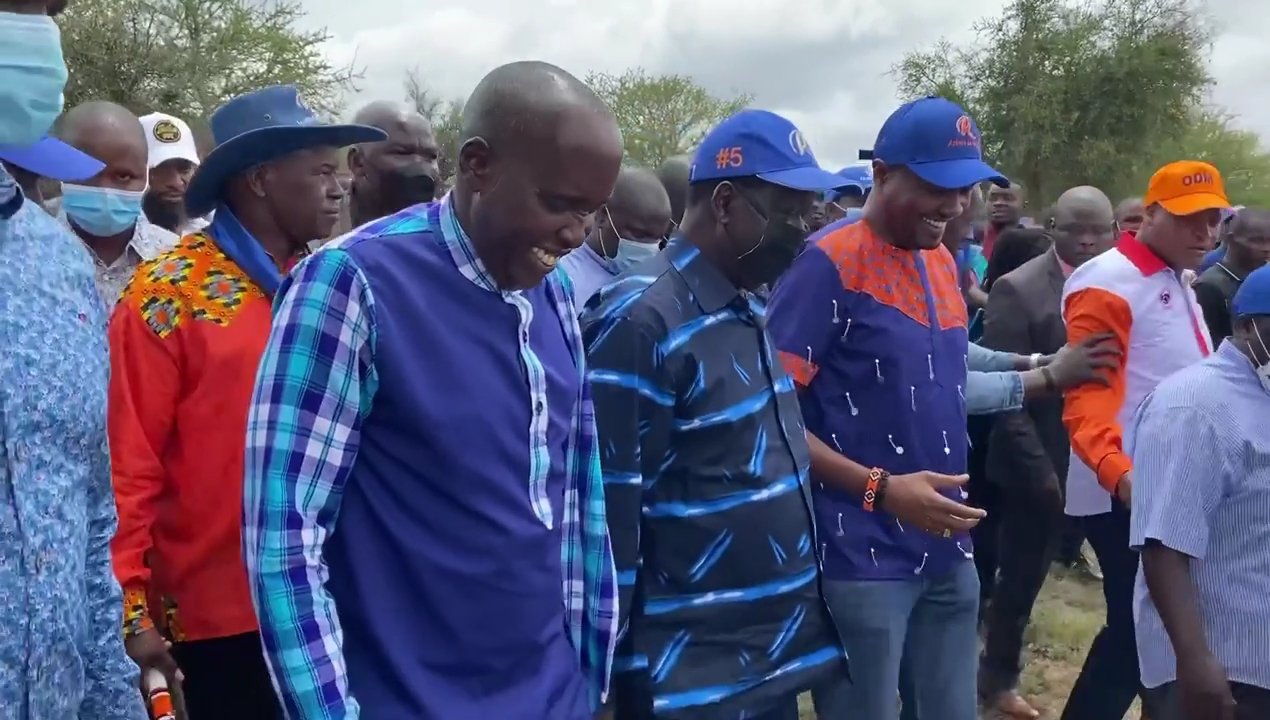 After ODM and Jubilee reached a deal on how to share power it has now emerged that section of governors steering Azimio campaigns will not be subjected to Azimio party primaries.

Those on the list are Kajiado governor Joseph Ole Lenku who have been scheduled to lead Azimio  campaigns in Masaai land.

According to sources Lenku who doubles as the Maa spokesman will take over Azimio campaigns in the region with the help of Ledama Ole Kina from Narok County.

This has send jitters to other aspirants including David Nkedianye who have been pushing for ODM ticket.

Raila has been firm on Lenku to lead Kajiado one more time urging other aspirantS to work closely with him until Azimio forms the next government.

“He is very comfortable with Lenku and if you’re keen Lenku is the one who spearhead BBI in the region so this means  that  Azimio ticket for  Kajiado  gubernatorial race will be preserved for  him.” Source at Raila Campaign Secretariat said.