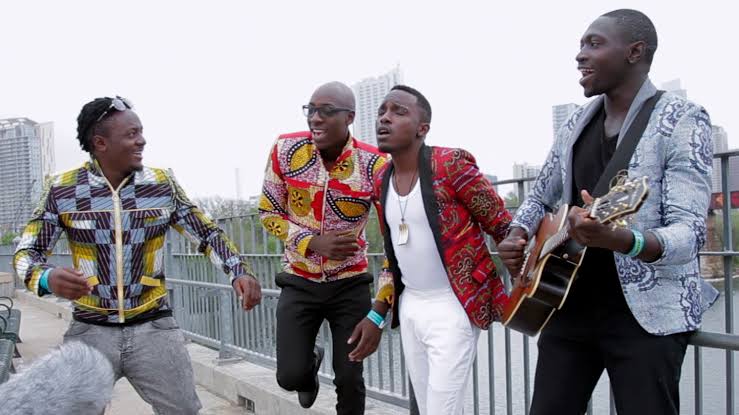 Willis Austin Chimano of Sauti Sol has always claimed to be living unapologetically after claims of him being gay leaked to the public.

A viral video has now emerged of the musician Kissing a man on the streets.

The video has attracted mixed reactions with Kenyans expressing anger over the video.

In the video Chimano is seen making love to a male counter part.

He is Kissing, calling the man Beiby, holding his waist and hugging the man.

Sometimes back, he admitted that the life he went through in highschool is what made him an introvert and he never has a problem of people’s opinions about his life.