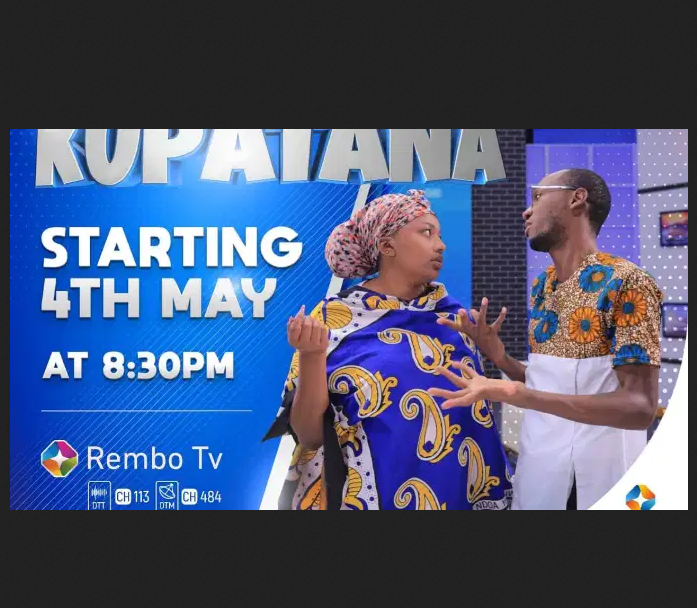 Speaking on the new investment in the local show, StarTimes Content Director Mr. Myke Mugo noted that the broadcaster is progressively identifying local content trends that is not only appealing but also relates to the day today Kenyan.

“We are excited to introduce Kupatana show on Rembo TV which was advised by our continuous monitoring of what Kenyans want to watch. Reality television tops the list and topics touching on relationships are increasingly popular, that’s how we came up with this show which has turned out to be very popular since its recent premiere,” noted Mr. Mugo.

Kupatana show which translates to bringing together presents two aggrieved parties to a faceoff in seeking to identify whether the disagreement was a mere misunderstanding or just a clean-cut scheme. The show will detail what went wrong while making efforts to reconcile the two.

Starring, BET Awards host comedian and TV personality Dr. Ofweneke and rising social media sensation Brenda Jons, the show is proving to be an absolute rollercoaster of emotions with every episode broadcasted.

StarTimes set aside two hundred million being investment for the company’s self-produced channel – Rembo TV following a partnership with over 30 content developers in the country towards the development of the entertainment channel with a key focus on reality television shows targeting the women audience and with a language policy comprising of 60% Kiswahili, 30% English and 10% vernacular.

To this end, the company has identified authentic Kenyan stories that continue to be the binding thread key towards making the produced content great for the Kenyan audience while equally competitive across the international market.

Fresh episodes of the show continue to broadcast on Rembo TV every Tuesday from 8:30pm with repeats running at the same time every Wednesday.